Falling demand for new aircraft has prompted the major Russian metals producer VSMPO-Avisma to cut the quantity of titanium output by about a third this year.

The company is a key supplier to the aerospace industry – including Boeing and Airbus – providing the materials for such assemblies as landing-gear, wing structures and engine pylons.

But the coronavirus situation has depleted the production demand for new aircraft and the Russian firm says it will be cutting titanium product manufacture to 26,500t this year, down from the planned 39,000t.

The Avisma division will also cut production of sponge titanium from 44,000t to 35,000t.

“We could, of course, stay in the same state for several months and – pretending that the problem does not exist – live beyond our means,” says chief executive Mikhail Voeyodin.

“But there will come a time when the decline in numbers will become inevitable. We do not want such a development of events.”

He is confident that the company will be able to adapt to an “anti-crisis” strategy similar to that adopted in 2009.

VSMPO-Avisma adds that it will be aiming to defer investment programmes and reduce non-production costs, as well as introduce shorter working weeks and lower salaries to align with the output levels. 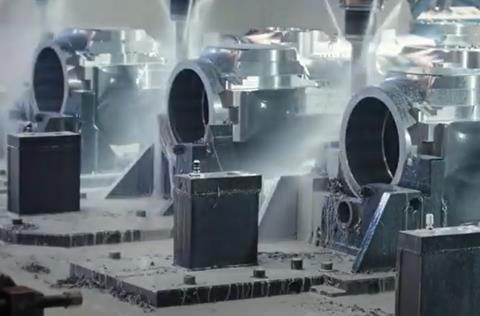