US start-up Skyryse has raised a $200 million in funding to develop a touchscreen tablet-based flight automation program that would allow “anyone to fly anywhere in any aircraft”.

The Hawthorne, California-based start-up also says “five of the world’s largest fixed-wing and rotorcraft” manufacturers will purchase its technology. Skyryse does not name the companies. 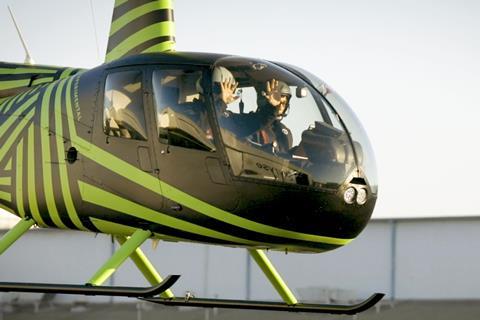 The FlightOS software, combined with a touchscreen tablet, joystick and fly-by-wire hardware, can replace conventional aircraft cockpit controls, it says.

“Pilots can learn to fly a Skyryse-equipped aircraft in minutes, instead of weeks, and the system can safely fly in zero-visibility conditions,” the company says. “With Skyryse, the pilot’s workload is dramatically reduced, freeing them to focus on the most-critical flying decisions.”

The fly-by-wire technology can restrict aircraft to operate within established flight envelopes, provide terrain and obstacle avoidance and “safely land any aircraft in the case of engine out”.

“Just last month, a Skyryse-enabled helicopter autonomously entered an auto-rotation and controlled the descent while gliding to earth without engine power or pilot intervention”, the company says.

“We’re on a mission to empower anyone to fly anywhere in any aircraft as safely as the most-experienced pilots in the world,” says chief executive and founder Mark Groden. “Our technology will usher in a new era of mobility, from fighting fires in remote areas to relieving traffic in crowded cities.”

Skyryse says it has raised $250 million since its founding in 2016.