Russian powerplant specialist United Engine has carried out initial testing of a pulse-detonation rocket motor which has potential application to orbital spaceplanes or hypersonic aircraft.

United Engine’s Lyulka design bureau – part of its Ufa-based UMPO division – has established a specific development project for such powerplants.

Russian state technology firm Rostec says the bureau has completed the first stage of tests for a demonstrator engine.

“In some operating modes the powerplant demonstrated up to 50% increase in specific thrust compared with traditional engines,” it adds, enabling aircraft range and payload to rise by a factor of 1.3-1.5.

Rostec envisions the design being applied to orbital spaceplanes and other future-generation aircraft operating at supersonic and hypersonic speeds. 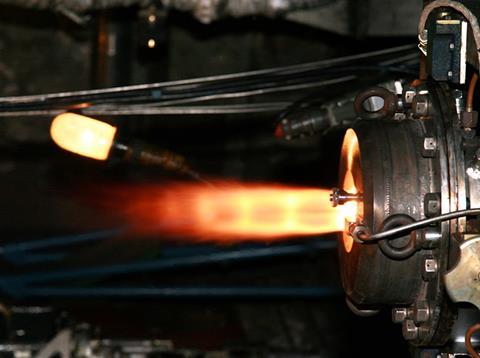 “This provides a great commercial and economic advantage,” he adds.

The Lyulka pulse-detonation project was selected in 2016, and awarded a grant, by a foundation linked to Moscow’s Skolkovo innovation centre which specialises in commercialisation of advanced technology.

United Engine subsequently showed off a model of the powerplant at an international military technical forum in 2017.

It carried out work to study the prospects of using high-frequency valveless technology in aircraft engines using a two-stage fuel combustion and gas-dynamic resonator. This enabled it to test an early pulsating engine using a kerosene-air fuel mixture with average thrust of over 100kg and 10min duration. 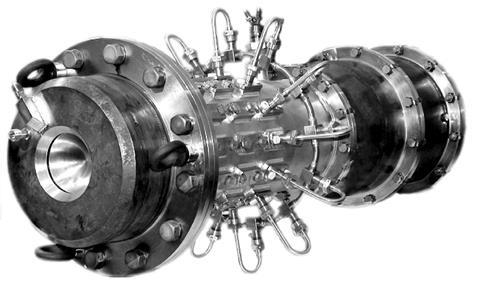