Updated Il-103 light single to be licence-built in Hungary

Russia’s United Aircraft has reached an agreement to licence production of a modernised version of the Ilyushin Il-103 single-engined light aircraft at a facility in Hungary.

The pact was sealed with Hungarian firm Aviation Engineering.

United Aircraft says the two sides will co-operate to develop and manufacture an “improved version” of the four-seat Il-103 at a facility in Pecs.

“It combines effective aerodynamic characteristics, a comfortable spacious cabin, a reliable engine, and modern avionics,” states United Aircraft, adding that the type can operate from short and unpaved runways.

“As part of the contract, it is planned to convert all existing design documentation to digital format and modernise the aircraft to make it suitable for successful entry into the general aviation market.” 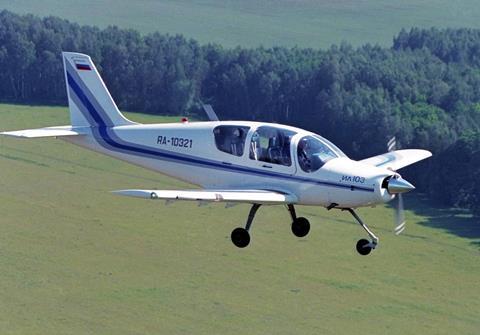 Aviation Engineering’s facility in Pecs will build the aircraft

The project will serve as a demonstration of Russian aviation technology export to Europe.