AgustaWestland has opened a Chinese joint venture company to locally sell and assemble the A109 and is trying to wrestle from Eurocopter a contract to co-develop with China Aviation Industries II (AVIC II) a new 6t twin-turbine helicopter.

AVIC II launched the advanced medium utility helicopter (AMUH) programme last year and Eurocopter has been in negotiations with AVIC II since early this year over co-developing the proposed EC175. AgustaWestland, however, says it too has been approached. “If it doesn’t go to the French we’ll have discussions using our technology,” says an AgustaWestland source. 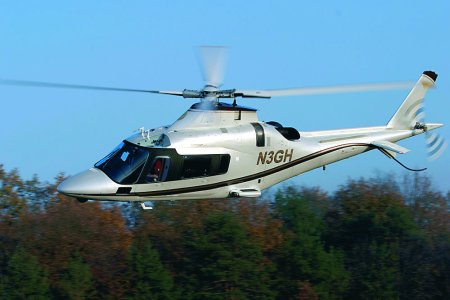 Eurocopter, which said in February it was confident a deal would be concluded within a few months, remains confident it will win AMUH. “We are still in negotiations. It’s a fairly detailed contract,” says a Eurocopter source.

He says the EC175 will have 50% Chinese content with one assembly line in China and a second in France. “This aircraft we’re not just doing for China. In this market segment there is a lot of demand and only one competitor [the Agusta/Bell AB139],” he says, adding “the design is ready” and production can begin soon after contract signing.

AVIC II has not yet decided if Harbin Aircraft or Changhe Aviation Industries will produce the new helicopter. Harbin this year began assembling Eurocopter EC120s and has already delivered nine helicopters. Changhe will begin producing A109 fuselages next year and will also assemble any future A109s sold in China.

- AVIC II and Turbomeca have concluded a deal for local production of the Arriel 2C. Industry sources say AVIC II subsidiary Zhuzhou Aviation will produce the engine for the Harbin H425, a new civil variant of the Harbin Z-9, itself an indigenous version of the Eurocopter AS365. Zhuzhou also plans to produce some components for Arriel 2 engines that are sold worldwide. AVIC II earlier licence-produced Arriel 1 engines under a deal which has since expired.