Airbus has introduced several low-weight variants of the A330neo, for both members of the re-engined twinjet family.

Four new variants – with maximum take-off weights from 205t to 220t – have been listed for the A330-900, and feature in an updated European Union Aviation Safety Agency type certificate.

These new variants are designated WV905 to WV908.

Four corresponding variants have also been approved for the A330-800, along with a fifth, WV809, which features a maximum take-off weight of 200t. 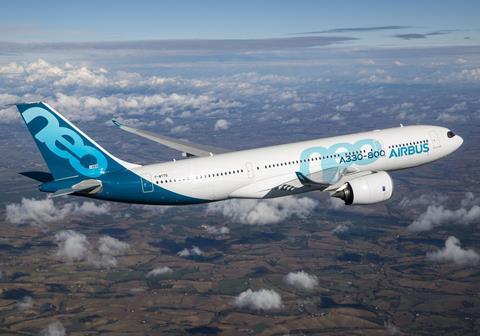 Reduction of the maximum take-off weight gives carriers that do not need the aircraft’s full capability the opportunity to minimise air navigation and landing charges, which are calculated according to declared maximum weight figures.