AerCap could list first-quarter impairment against leased fleet in Russia

Leasing giant AerCap is expecting to recognise an impairment on aircraft leased to Russian airlines which the company has been unable to retrieve.

It says this impairment could be made as early as the first quarter of this year, but it stresses that it has “not determined the amount”.

While sanctions over the Ukraine conflict have led to leases being cancelled, they have left lessors with the problem of repatriating aircraft still operating in Russian fleets.

AerCap is among the most exposed lessors to Russia, with about 5% of its fleet by net book value on lease to Russian carriers at the end of last year.

It says it intends to “fully comply” with the sanctions imposed on Russian carriers, and it has terminated all aircraft and engine leases with customers in the country. 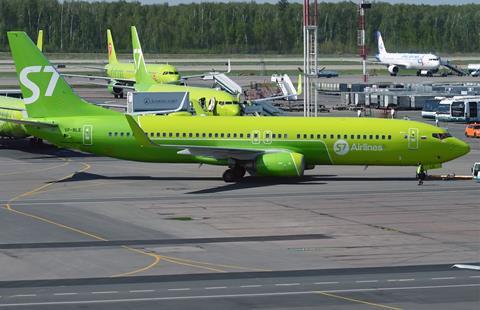 AerCap has 5% of its fleet value leased to Russian operators

AerCap says the situation in Russia is “manageable”. It states that it had 135 owned aircraft and 14 owned engines on lease to Russian operators, worth around $3.1 billion, at the end of 2021.

The lessor had removed 22 aircraft and three engines – collectively worth $400 million – by the end of March.

Of the $260 million in letters of credit relating to its assets leased to Russian airlines, the company has received about $175 million to date.

“We continue to make efforts to repossess additional aircraft and engines from our former Russian airline customers,” says AerCap.

“But it is unclear if we will be able to do so, or what the condition of these assets will be at the time of repossession.”

AerCap, which merged with US lessor GECAS in November last year, has a portfolio of about 3,700 aircraft, engines and helicopters.