Airbus delivered 40 aircraft in September, a month in which only a single A319neo was added to the airframer’s firm orders for the year.

Overall deliveries for the first nine months of 2021 rose to 424 aircraft.

September’s deliveries included a pair of A350s – both to Japan Airlines – plus three A330-900s, two of them for Lion Air via BOC Aviation and the third for Air Belgium.

Airbus also delivered an A330-200 to its military division for tanker conversion.

Airbus net orders reached 133 with the addition of the A319neo, bound for a private customer, and no cancellations were recorded. 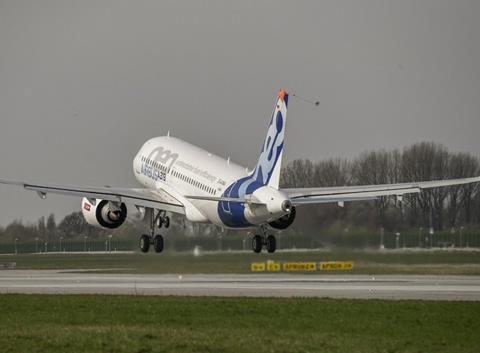