Airbus rounds off year with A350 freighter and A330neo orders

Airbus long-haul activity picked up slightly in the closing weeks of last year, with the airframer recording an order for four A350 freighters from an undisclosed customer.

It also booked 10 A330neos from lessor Avolon and a pair of A350-900s from a client identified simply as ‘financial institutions’ during December.

Airbus unusually did not record any single-aisle orders for the month.

The airframer did, however, remove 21 A220s from its backlog – all 20 previously assigned to Lease Corporation International, plus one for Macquarie Air Finance.

Airbus’s agreements meant it ended the year with firm orders for 35 A350 freighters, increasing the overall A350 order total to 925 aircraft – of which 521 have been delivered.

“Our customer base is comfortably growing,” he adds. Scherer claims there were just 13 passenger widebody deals globally last year, and that Airbus “won eight of them”. 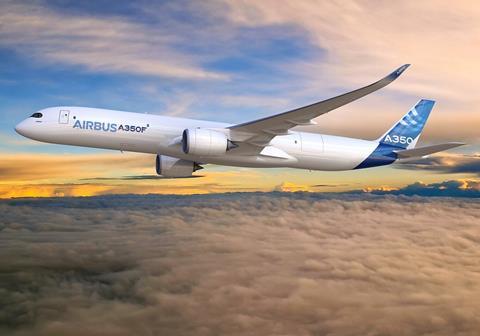 Airbus has booked orders for a total of 35 A350Fs