Airbus chief commercial officer Christian Scherer is uncertain whether the air transport impact from the coronavirus outbreak will translate into an effect on the airframer.

Speaking during the A4E aviation summit in Brussels, Scherer pointed out that the aircraft manufacturing business “operates to longer cycles”. 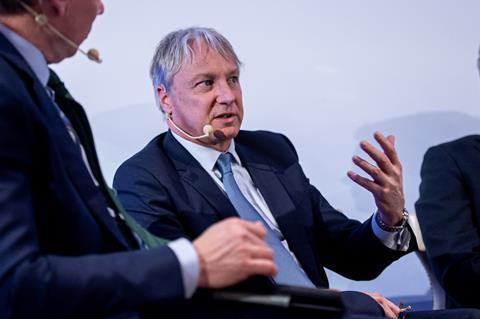 “It’s too early to say if there’ll be a ripple effect onto the industrial side,” he says.

Scherer notes that the airline representatives at the summit were optimistic of a relatively quick rebound.

“History tell us the resilience is there,” he adds, pointing to the outbreak of the SARS virus around 2003.

“I don’t think we have the answer yet.”

At the peak of the SARS crisis, in the second quarter of 2003, Airbus senior executives had publicly insisted that the air transport system was being badly affected by heightened publicity that served to exaggerate the overall seriousness of the situation.

SARS was a more lethal illness than coronavirus but Airbus’s then-chief Noel Forgeard said in April 2003 that, nevertheless, the problem was being “extremely overstated by the media”.

Airbus’s then sales head John Leahy – whose role is now occupied by Scherer – had believed the SARS impact would be “relatively short-term”.

IATA data shows the effect of SARS on Asia-Pacific carriers’ traffic lasted less than nine months, with traffic on Asia-Pacific airlines down by 35% by May 2003, the worst point of the outbreak.