An-225 flypast marks Warsaw arrival as it ferries coronavirus supplies

Antonov’s outsize An-225 transport has ferried nearly 1,000cb m of supplies from China to the Polish capital Warsaw, the six-engined freighter’s first commercial operation since undergoing a modernisation programme.

The aircraft was chartered by the UK’s Chapman Freeborn, based at London Gatwick, as part of the relief effort to provide medical equipment in response to the coronavirus crisis in Europe.

It transported some 100t of medicines, laboratory test items, face-masks and other supplies to Warsaw, arriving on 14 April after a refuelling stop at Almaty, says Antonov. 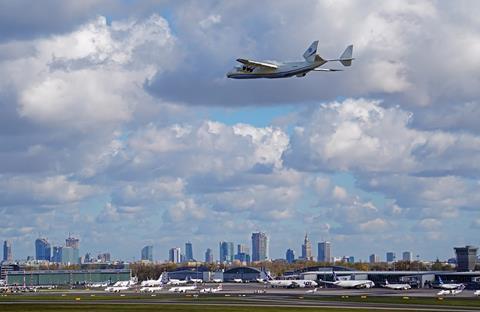 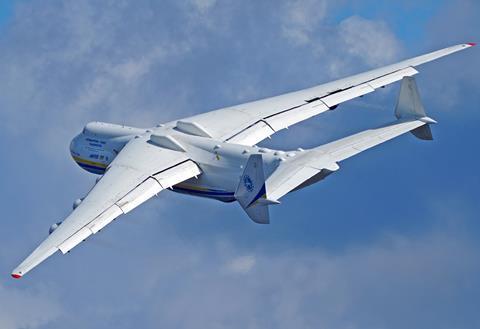 Recently modernised, the six-engined freighter flew in from Tianjin via Almaty 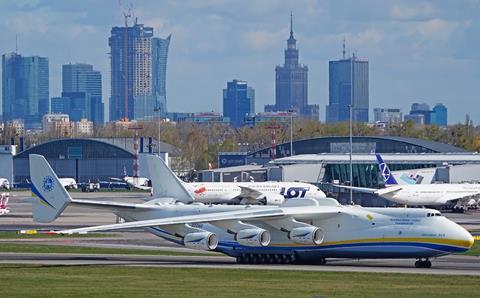 Antonov Airlines lists the An-225’s cargo deck as having a capacity of 1,200cb m, meaning that the load approached the aircraft’s volumetric limit.

“Planning and carrying out charter flights in the current difficult quarantine conditions imposed by many countries – with restrictions on permits for landing and crew rest – requires selfless work from all airline professionals,” says the carrier’s first deputy director Vitaly Shost.

Antonov claims some 80,000 people watched the arrival of the freighter, which performed a low-level pass along Warsaw Chopin airport’s runway 33 at about 700ft before entering a circuit and touching down on the same runway about 5min later.