European Union authorities have secured the right to impose almost $4 billion in tariffs on US imports, including aircraft, in retaliation for harm arising from US government subsidies to Boeing.

The decision from the World Trade Organization arbitrator, issued on 13 October, states that the level of countermeasures “commensurate with the degree and nature of the adverse effects determined to exist” amounts to $3.99 billion.

This figure is only half the permit for $7.5 billion in tariffs awarded to the US side, following its similar subsidies case, in October last year. No decision has been disclosed, however, on the scale of EU tariffs to be directed specifically at US civil aircraft.

The WTO assessment is the latest development in the long-running transatlantic dispute over state support and launch aid for civil aircraft programmes.

Airbus has been having to cope with a 15% duty imposed by the US government on imported European aircraft.

The EU has been awaiting its own chance to implement tariffs after the WTO supported its claims that a number of instruments, including Washington state tax programmes, were unlawfully subsidising Boeing. 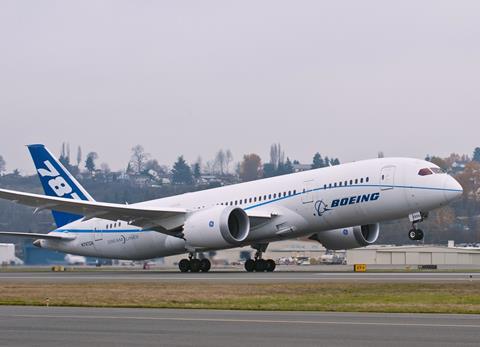 Although the European side had been confident that it would obtain WTO authorisation for a penalty even harsher than the US award, the $4 billion figure is substantially lower – which potentially could be spun by the US president Donald Trump’s administration as a technical victory.

A senior European industry source close to the dispute acknowledges that the numerical difference in the ruling might serve as a source of political ammunition for Trump.

But the source also insists the scale of the European award ultimately “doesn’t matter” because the case against Boeing has already been proven, and the penalty simply validates it and quantifies the impact.

“There is nothing to suggest the EU won’t impose the tariffs,” the source adds, with the duties likely to take effect from 27 October. Last year the EU initiated a consultation on US goods to be included on the tariff list.

But the preference of the European side is to “retaliate but not escalate”, a stance intended to encourage negotiations to settle the dispute rather than inflict unnecessary damage on businesses – the source claims a previous WTO authorisation for $4 billion in sanctions, relating to a dispute over Foreign Sales Corporation provisions, has remained “in the cupboard”.

The latest WTO ruling allowing a European counterstrike in the civil aircraft spat – originally expected around May – has been held up for several months, and Airbus attempted earlier this year to end the dispute beforehand, through adjustments to A350 launch-aid contracts and other measures.

But this was practically ignored by the US government, which maintained the 15% civil aircraft tariff following a review of the situation.

Given that the dispute has been running for 16 years, including both terms of President Barack Obama, there is no evidence that a change of administration arising from the US election will increase the prospects for a swift resolution.

Boeing does not have a European aircraft assembly site equivalent to Airbus’s facilities at Mobile, Alabama, capable of supplying tariff-free A320-family and A220 jets to US customers.

Significant Boeing customers in the EU include Ryanair, which has a large fleet of 737s and is waiting for 737 Max deliveries.

The transatlantic row has been complicated by the air transport crisis that has engulfed the industry, as well as an impasse in the WTO’s own appeals process.

“Airbus did not start this WTO dispute, and we do not wish to continue the harm to the customers and suppliers of the aviation industry and to all other sectors impacted,” says Airbus chief Guillaume Faury.

“We remain prepared and ready to support a negotiation process that leads to a fair settlement. The WTO has now spoken, the EU can implement its countermeasures. It is time to find a solution now so that tariffs can be removed on both sides of the Atlantic.”