Attempts to prevent the closure of the UK’s Doncaster Sheffield airport appear to have failed, with the final passenger service set to arrive from Hurghada on 4 November, and a positioning flight departing for Manchester just after midnight on 5 November.

Leisure carrier TUI, the airport’s remaining based airline, will operate the services.

Doncaster Sheffield had been the subject of a strategic review after failing to turn a profit since opening in 2005. The review concluded that the airport was not commercially viable, and that operations would be wound down from the end of October. 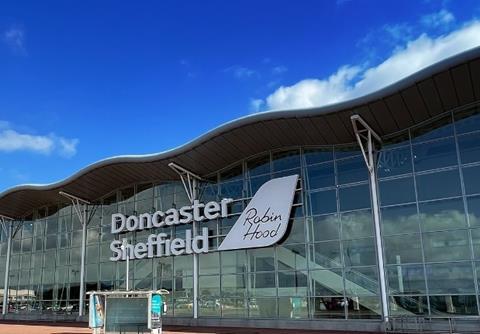 Parliamentarians discussed the situation on 24 October, with Conservative party member Nick Fletcher – representing the airport’s constituency – calling for a public inquiry to “get to the truth” regarding the facility’s demise.

He particularly claimed that the airport’s owner, Peel Group, had sought financial support from the combined local authorities for three years, initially as a £20 million equity share, and then as a loan.

Fletcher told Parliament that, according to Peel Group, the airport would not be facing closure if this funding had been made available earlier this year.

He also pointed out that Peel Group was prepared to sell its Teesside airport to the local authority, and that – even if the combined authorities for Doncaster Sheffield could not replicate this deal, there had been a proposal to cover Peel’s losses for 13 months, but this was not accepted.

Fletcher said a public inquiry would provide insight as to why these options have not succeeded in saving Doncaster Sheffield.

Parliamentary under-secretary of state for transport Katherine Fletcher stated that a “very high bar needs to be cleared” in order for a public inquiry to proceed, and that a locally-led review would be more likely to offer a similar outcome in a shorter timescale.

Doncaster Sheffield serves as a base for police air services, as well as maritime search and rescue support, and this has prompted queries as to whether emergency government powers – the Civil Contingencies Act – could be used to preserve the airport.

But Katherine Fletcher said that this also demanded a “high bar”, requiring the closure to present a genuine threat to national security, whereas both services had indicated an ability to manage the situation.

“We are just not persuaded on that,” she said. “I think we can all agree that it would be much better for all if a commercial solution could be found to minimise the disruption to these operations.”

Doncaster mayor Ros Jones stated, the day after the parliamentary discussion, that the city council would investigate legal action and initiate a process for compulsory purchase of the site if Peel could not agree a collaborative arrangement for the airport’s future – but admitted that this “would not save the airport” because a purchase order would take two years and only secure the land.

Jones claims that the airport “could be viable” if it was “operated and managed correctly”.

“If that was not the case, why have we found other interested parties who want to take it on and run it as a thriving successful airport?” she adds.