Frankfurt Hahn airport is being sold to an investment joint venture, several months after it filed for insolvency and was taken over by administrators.

The administrator, Jan Markus Plathner, states that the business will be transferred to a Frankfurt-based entity called Swift Conjoy.

Completion of the contract remains subject to conditions, Plathner says, but the parties expect these to be met “promptly”.

Terms of the agreement have not been disclosed but all employees of the airport will be retained by the new owner.

Swift Conjoy is linked to the real estate and asset-management firm Swift Holding, which has been involved in a range of hotel and residential projects.

This organisation has formed a venture with the relatively new firm Conjoy Investment Partners which is specialising in the aviation and travel sectors. 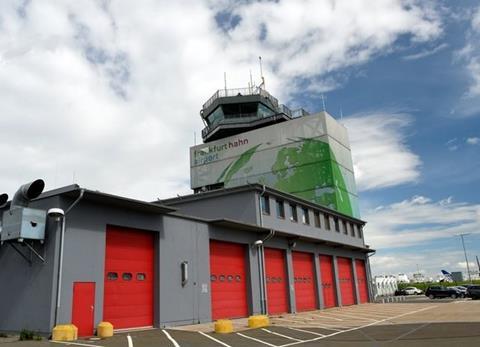 Frankfurt Hahn filed for insolvency in 2021

Flight operations will continue under the insolvency framework until the acquisition is completed.

“Owing to the very good demand and the successful implementation of various measures, the operation is again economically stable in passenger traffic and air freight,” says Plathner.

Swift Conjoy intends to expand both passenger and cargo operations, and create new jobs in the region, following its successful bid, according to the company’s managing directors Tobias Steyer and Martin Mansell.