There are signs that a long-running multinational blockade by Arab states against Qatar might be easing, after an agreement was reached to open airspace and other borders between Qatar and Saudi Arabia.

The agreement has been disclosed by Kuwaiti foreign affairs minister Ahmed Nasser Al-Muhammad Al-Sabah, on the eve of a Saudi-hosted summit of the Gulf Co-operation Council.

Al-Sabah confirms the agreement to open air, sea and land borders and refers to the summit as offering an opportunity for “fraternal relations free of abnormality”.

Four countries – Saudi Arabia, Bahrain, Egypt and the United Arab Emirates – imposed the blockade on Qatari flights and other interests in June 2017.

Qatar Airways experienced heavy losses in its fiscal year 2019-20, which ended just before the onset of the deepest impact of the pandemic.

It describes the blockade, which it is challenging through ICAO, as “illegal” and stated in its most recent annual report that “little change” had occurred despite the Qatari government’s appeals to international organisations. 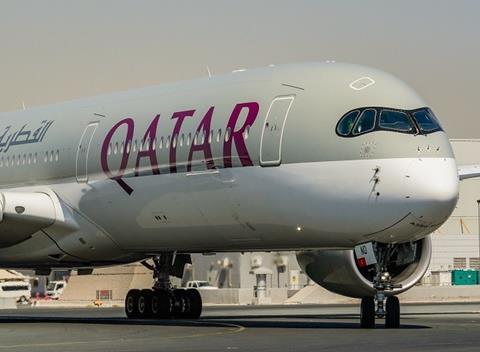 The Kuwaiti government has served as a mediator in the dispute.

GCC secretary general Nayef Falah Al-Hajraf had formally delivered, at the end of December, an official invitation from the king of Saudi Arabia to the Qatari emir to attend the summit.

Saudi Arabia’s crown prince states that the kingdom’s policy is based on a “solid approach” aimed at “achieving the ultimate interests of the GCC member states and the Arab countries”.

UAE foreign affairs minister Anwar Gargash describes the Al-Ula summit as “historic”, through which participants will “restore Gulf cohesion”, without referring specifically to the UAE’s policy regarding the blockade on Qatar.