London Heathrow airport’s operator insists its capacity cap will remain in place until airlines increase ground-handling resources to a level that matches demand.

“Airline ground-handler performance has been much more stable since the cap came into effect, and we have seen a marked improvement in punctuality and baggage performance,” it states.

The airport operator remains unprofitable, with adjusted pre-tax losses reaching £321 million ($387 million) for the first half.

But it says all parts of Heathrow have become fully operational, it has hired 1,300 personnel over the first six months of the year, and it is on track to have a “similar” level of security resources by the end of July as it had pre-crisis. 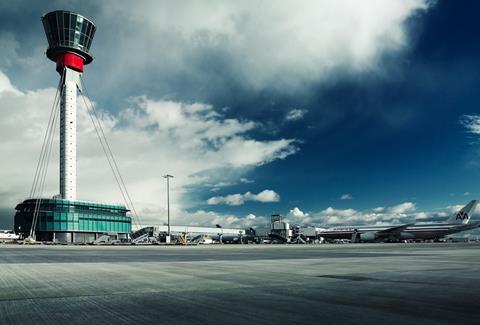 Ground-handling shortage is constraining capacity at the UK hub, according to its operator

The operator says it “encouraged” airlines and ground-handlers to ramp-up for the summer peak as it started rebuilding operations in November last year.

“Airline ground-handling shortage is now the constraint on Heathrow’s capacity,” it says. “The number of people employed in ground-handling fell sharply over the last two years, as airlines cut costs during the pandemic.

“We have been raising our concerns over lack of handler resource for nine months. We estimate that airline ground-handlers have no more than 70% of pre-pandemic resource, and there has been no increase in numbers since January.”

The operator insists that the passenger cap “will remain in place” until airlines ramp-up ground-handling capability.

It argues that Heathrow has demonstrated better planning than Amsterdam Schiphol, because its 100,000-passenger cap is 50% higher than the 67,500 at the Dutch hub, even though Heathrow typically handled around 13% more passengers than Schiphol pre-pandemic. Schiphol is raising its cap to 73,000 in August.