It states that a Zurich-based institution supported the measurement work and that a certificate of conformity has been issued by the Swiss federal civil aviation office.

Further amendments to the standard are set to be introduced at the beginning of 2023, says Rostec, but the PD-14 has a “reserve” of 85% which means it is “ready for future changes”. 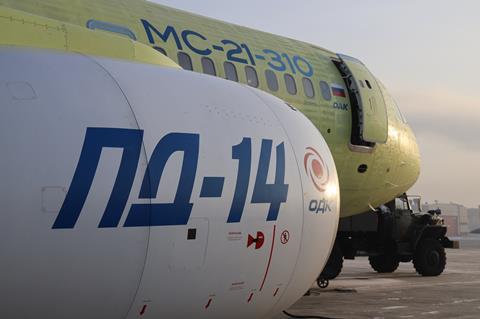 United Engine general designer Yuri Shmotin says the PD-14’s emissions approval means aircraft fitted with the engines will be able to serve international routes and be offered to the international market.