All aspects of the European transformation to a decarbonised aviation industry will be co-ordinated through a new voluntary collaboration, the Alliance for Zero Emission Aviation, under an initiative unveiled by the European Commission.

The Commission is urging representatives from the aircraft manufacturing, airline, airport and energy sectors to join regulators and certification organisations, as well as interest groups, in order to draw up a roadmap to smooth development and introduction of zero-emission aircraft.

“They will jointly work to identify all barriers to the entry into commercial service of these aircraft,” says the Commission, adding that an initial meeting of the general assembly will take place in autumn this year.

Alliance members will establish recommendations and steps to address these hurdles, it adds, as well as promote investment programmes and “create synergies and momentum” among one another.

They will specifically examine airport fuelling and infrastructure requirements for zero-emission aircraft – both electric- and hydrogen-powered models – and issues relating to air traffic control. 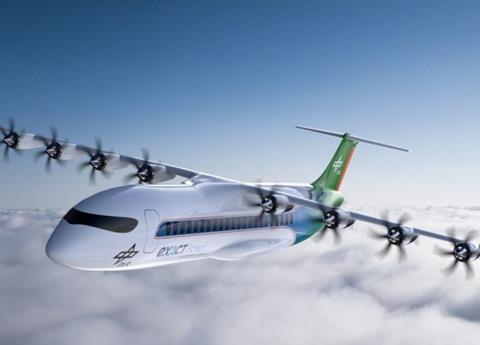 European internal market commissioner Thierry Breton claims the continent’s aeronautical industry has the “enthusiasm” to lead development of electric and hydrogen aircraft – and describes this as “really encouraging”.

“But the entire aviation eco-system, including fuel suppliers, airport operators and regulators, also needs to get ready,” he says.

The alliance will assist with co-ordinating the efforts of manufacturers and other organisations.

It intends to ensure that the entry-into-service of advanced aircraft types, with alternative propulsion, contributes to European climate-neutrality targets for 2050. The Commission says the potential market volume for zero-emission aircraft by this date is estimated at 26,000.

“Climate neutrality is the passport for growth,” insists the Commission’s executive vice-president for the digital age, Margrethe Vestager.

“With the advent of zero-emission aircraft Europe is writing the next chapter in aviation.”

According to the formal declaration of the alliance, it is open to “all actors in the value chain”, including manufacturers, research groups, public and private investors, unions, and non-governmental organisations.

“Any organisation with existing or planned activities of relevance to the introduction into service of hydrogen and electric aircraft can join the alliance by signing up to this declaration,” it adds.