German police have intervened after being informed that people were being injected with unapproved vaccines at Lubeck airport, some 50km north-east of Hamburg.

Some 80 people were waiting in front of the airport building, Lubeck police states, when authorities moved in at about 15:00 on 27 November.

Police and the Lubeck municipal security service, collaborating with the Lubeck public prosecutor’s office, have determined that a campaign was being conducted with an “obviously non-approved” vaccine.

“The number [of people attending] was rapidly increasing,” the police force says, adding that there was no air traffic at the time. Around 150 people wanting vaccinations were in the check-in hall and the vaccinations were taking place in a pre-prepared office. 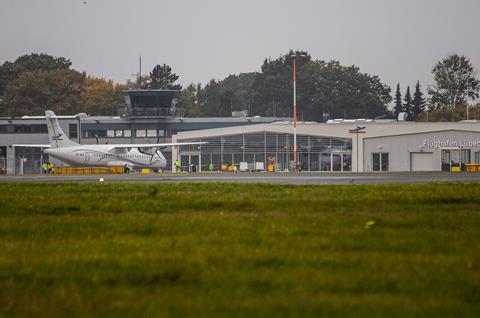 There is “initial suspicion” of a criminal offence having been committed under medical legislation, with four men alleged to have been involved. Some 50 people had been vaccinated before police arrived.

“Deployed officers had to stop the vaccinations,” says the police force. It states that samples of the vaccine, the equipment used, and other evidence has been seized.

Entrepreneur Winfried Stocker, the founder of the Lubeck-based medical laboratory Euroimmun, has written extensively on vaccine development for Covid-19 protection, and is also connected to Lubeck airport’s operating company Stocker Flughafen. Authorities have not, however, confirmed any link with the unauthorised vaccinations at the airport.