Moscow Sheremetyevo airport’s operator has furloughed a significant proportion of its workforce, putting the figure at about 20%, following the reduction in activity driven by sanctions on the Russian air transport sector.

Affected personnel have been put on a special programme since 16 March, under which they are paid two-thirds of their salary but retain their jobs.

Sheremetyevo and its subsidiaries employed around 18,000 personnel in 2020.

The airport operator says it has “optimised” staff schedules in line with the reduction in work and administration after the company transferred to “idle mode” – adding that the production load is down by nearly 70%.

“This measure, to the fullest extent possible, ensures social protection and support for employees in the current conditions,” it adds.

While the proportion of furloughed staff in each division varies, the operator stresses that the overall fraction is “significantly lower” than the figure of 40% cited in some media reports.

It says that, in the context of the lower activity at the airport, the measures are “the most socially-oriented”, and intended to ensure uninterrupted operations. 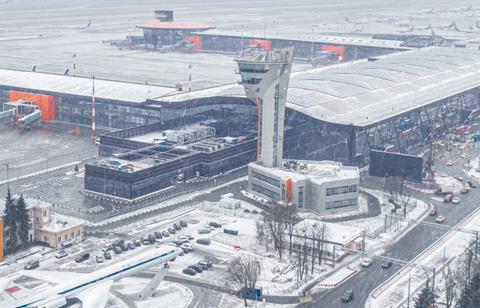 Moscow Sheremetyevo employed some 18,000 personnel in 2020