Russian government suspension of the bilateral agreement with Bermuda’s civil aviation authority would render Russian pilot licences invalid on the hundreds of aircraft operated on the Bermuda registry, the regulator states.

Over 700 aircraft – mainly foreign-built types – in service with some 30 Russian carriers are listed on the Bermuda registry.

Russia’s government has instructed that the bilateral agreement with Bermuda, under which the Bermuda Civil Aviation Authority oversees the airworthiness of the fleet, be suspended.

It enables certain functions and duties to be transferred from the country of registry to the operating country.

Under the Russia-Bermuda agreement, the Bermudan authorities transferred to Russia the responsibility for personnel licensing but retained the duty of aircraft airworthiness oversight. 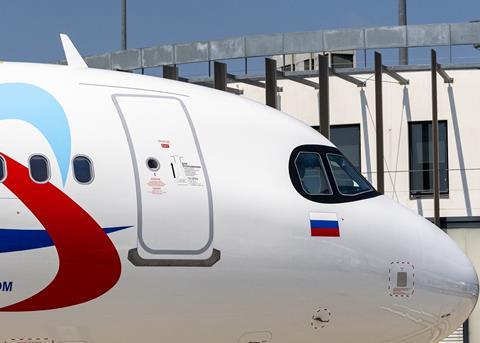 Under the Article 83bis agreement, crew licensing duties were transferred to Russia

The Bermuda Civil Aviation Authority has provisionally suspended the certificates of airworthiness of the Russian fleet, pointing out that the current geopolitical situation means the authority is unable to carry out its responsibilities.

While the Russian government had countered that it would suspend the Article 83bis bilateral agreement, the Bermudan authority says this has “no meaningful impact” because the aircraft are legally grounded.

But it points out that Russia’s suspension of the bilateral means all oversight duties – notably including personnel licensing – revert to Bermuda as the state of registry.

“The most significant impact from the suspension of the [bilateral] is that a Russian pilot licence is no longer valid to fly a Bermuda-registered aircraft,” says the authority.

Another function previously transferred to Russia under the Article 83bis agreement, concerning rules of the air, also reverts – but the Bermudan authority points out that the effect of this is negligible because such rules are generally aligned between countries.

Russia’s government has been intending to transfer aircraft from overseas registries to a domestic register, but the Bermuda Civil Aviation Authority says it will only deregister aircraft on request of the owner, and in accordance with relevant procedures and legislation.