Turkish Airlines and US lessor Air Lease each appear to have trimmed their commitments to the passenger Airbus A350, the airframer’s full-year backlog figures show.

The Turkish flag-carrier has cut three A350-900s from its backlog, reducing the number to 20.

The lessor has newly-ordered seven A350 freighters, however, which raises the company’s net commitment to the A350 family by three, to 33 aircraft.

Airbus has secured overall orders for 917 A350s including seven A350 freighters.

It delivered 55 of the twinjets last year, including six -1000s, and took gross orders for 16 – although cancellations meant its net A350 order total for 2021 was reduced to two aircraft. 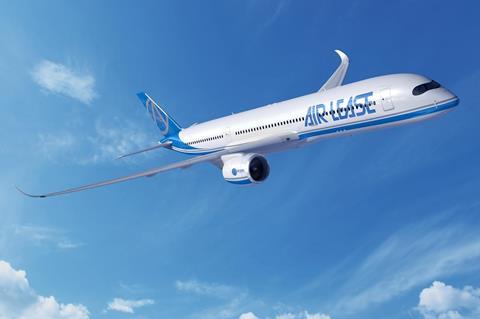