UK transport secretary Grant Shapps has unveiled a strategy aimed at tackling the operational problems at the country’s airports, but is resisting pressure to bring in European Union workers to fill staffing gaps.

Shapps detailed a 22-point plan on 30 June, aimed at supporting recruitment, delivery of “realistic” schedules, and minimising disruption – although he insists the issues are “primarily for industry to solve”.

As a result, while some of the initiatives are immediate and firm – such as an amnesty on slot rules, and a set of expectations laid down to the Civil Aviation Authority – others contain vague references to a “review” of the ground-handling market, writing to airlines to “remind” them of legal responsibilities and publishing guidance on passengers’ rights.

Over a third of the initiatives in the plan centre not on the current crisis but on longer-term support to recruit and train personnel – establishing partnerships with colleges, raising awareness and promoting aviation as a career to students, and offering skills funding.

The plan also mentions a financial support scheme for airports and ground operators, to offer grants during the pandemic, although the government’s website indicates that this is no longer available. 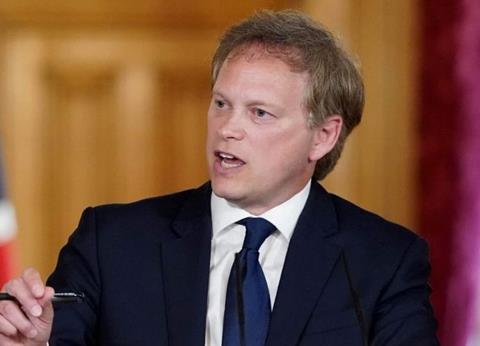 Shapps insists the government has “taken action” to support the industry, and that the sector itself needs to take “appropriate steps” to ensure it delivers “realistic summer schedules”.

While adequate staffing lies at the core of the operational issues, Shapps indicates that the pandemic is the root of the problem, particularly with workers having left aviation jobs during the crisis.

He does not mention any possible impact from the UK’s ‘Brexit’ withdrawal from the European Union, and is resisting calls to introduce a seasonal employment scheme to alleviate pressures with EU labour.

Shapps insists immigration is “not an obvious solution”, acknowledging that seasonal schemes to bring in foreign workers for other short-staffed UK sectors – such as driving heavy goods vehicles – have “not been widely used” and have “not significantly contributed” to resolving the problem.

Lack of success in encouraging EU workers to apply for positions in such sectors has been attributed partly to broader personnel shortages, including within the EU, but also the perception that Brexit was an anti-immigration measure, generating reluctance from EU workers to pursue offers of UK employment.

Shapps argues that the aviation sector’s problems are “not confined to the UK”, and that the EU and USA are experiencing disruption due to staff shortages. “The government is committed to building a robust and dependable domestic aviation industry,” he adds.

“Airports are working hard to prepare for this: recruitment campaigns for security staff are ongoing and progressing well, with more staff being deployed as they finish their training and security vetting,” she says.

“They are also working closely with airlines, the companies managing check-in and baggage on behalf of airlines as well as the government and Civil Aviation Authority to alleviate any delays where they do occur and to support others in the industry who are coping with staff shortages.”