Airbus A350 chief engineer Gordon McConnell says Airbus is working on the detail of the wing aerodynamics, and will not freeze the configuration until October 2008.

"We are well advanced," he says, with a new trailing-edge high-lift system adopted, the "advanced dropped hinge flap". 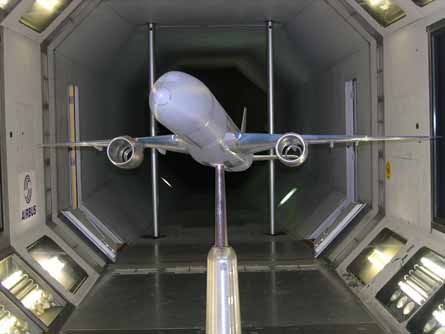 This is a "very simple design", but McConnell says it is a multifunctional system "where we can deflect the spoiler as well as the flap to control the gap between the trailing edge and the flap".

He adds that as well as providing high efficiency without increased weight and complexity, the configuration will improve cruise performance as it "could be used for variable camber to adapt the shape of the wing, and for load alleviation".