If Airbus has been perceived as spending much of the half century since its creation playing catch-up with its rival in Seattle, nobody appears to have told Christian Scherer, chief commercial officer and the man tasked with persuading airlines that Airbus is the better option.

“Au contraire,” he says. “I’d react rather vigorously to that assertion. Airbus has disrupted this industry positively several times.”

Scherer counts off some of the evidence that the European manufacturer has been a proactive, rather than reactive, force in commercial air transport. The first twin-engined, twin-aisle aircraft in the A300, the first to feature a two-person cockpit, the first with fly-by-wire technology, and the first with carbon-based aerostructures. 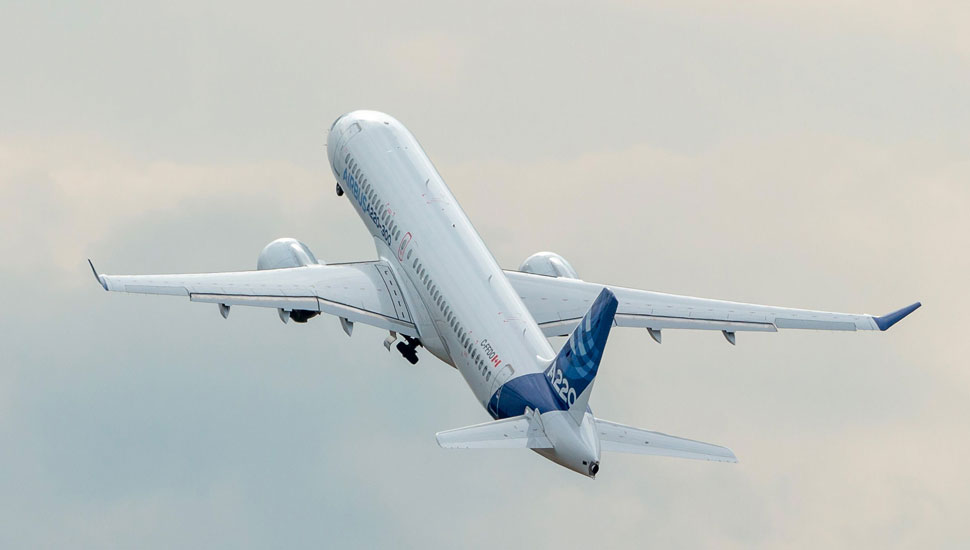 Airbus can take credit for the decision to re-engine the A320, he adds, forcing Boeing to adopt a similar strategy for its 737, while the same principle has also been applied to the A330.

Besides that, Scherer claims the A380 – despite its untimely demise following the “courageous” decision to halt production – has had a favourable influence on the market, by pulling widebody twinjets into the high-capacity sector, for which Airbus has developed the A350-1000.

“I’d hardly qualify all of that as being a follower,” says Scherer, arguing that Airbus has brought value to the industry by virtue of its “mere existence”.

He resists drifting too far into sales mode – tricky when he has unquestionable passion for the company – but underscores his belief that Airbus’s strength lies in its aircraft line and its personnel.

“I don’t think in the history of Airbus we’ve ever been so well positioned on the competitive chessboard and the technological forefront, as we are today,” he says. 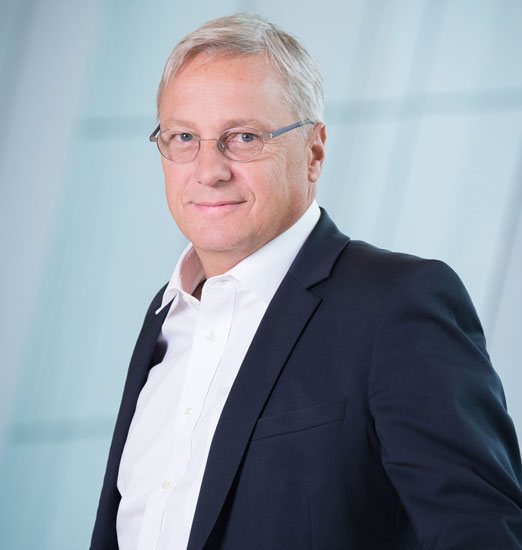 Scherer: Airbus has a track record as a disruptor

Airbus has established the “benchmark” for single-aisle jets with the A320, he states, while the A350 is “clearly the only new large-capacity aircraft out there”. Between them, he adds, is a “beautiful juncture”, where the re-engined and re-cabined A330neo meets the longer-range versions of the A321neo – both “very proven, predictable, mature programmes”.

German-born but raised in Toulouse, with a father (Gunter) who crewed the A300’s maiden test flight, Christian Scherer could almost have been tailored for Airbus, but he takes on a position at the European airframer ironically made famous by an American.

John Leahy might have achieved somewhat legendary status during his reign as chief salesman, but Scherer is not easily intimidated.

“I don’t really think of it as stepping into John’s shoes, more about the responsibility it carries,” he says. “I’m humbled by that responsibility.”

He has gained broad experience since joining the company as commercial contracts manager in 1984, before leading the leasing markets division, and being appointed in 2003 to the high-profile role of heading strategy and future programmes – where he helped drive A320neo development.

Scherer headed marketing for Airbus’s defence and space division and led the regional airliner operation ATR before becoming part of a revamped and renewed management line-up which, he says, shows that Airbus is capable of “regenerating itself from inside, not just outside.That’s a very important ingredient.”

“Without being complacent or pretentious I’m really overwhelmed at warmth of reception both inside and outside,” he says. “I’m a very different character from John, and… having been in charge of the transactional side, contracts, I’m very much relieved and gratified by what I feel is a trust capital I seem to have with customers. That’s very comforting.”

Scherer takes over at a time when Airbus is trying to close out Boeing’s proposed New Mid-market Airplane (NMA), promoting an aircraft, the A220, which predecessor Leahy had strived to write off, and questioning whether it needs to reassert itself after the A380’s decline.

He dismisses the 777X as a “reheated” and “heavy” aircraft and says that the A350-1000, fitted with an optimised 10-abreast economy cabin, becomes “substantially the same” in payload terms, capable of carrying 350-400 passengers from “deep in Asia to anywhere in the USA”.

“That’s not a miracle, that’s the power of technology,” he says.

“The market’s going to want to pull the A350 up in size and range. It’s still a very young programme with a promising future,” he adds, insisting that customers for the -1000 are “very happy” with the aircraft’s economics.

“Do we feel a burning need to do that now? Not really. Will it want to grow? Sure, growing an aircraft in size makes sense if you continue to slide down the unit cost curve. That’ll be a challenge to do in the future.”

Scherer is coy on plans to enhance A321neo capability beyond the long-range A321LR, perhaps to an “A321XLR”, but offers a hint. “Does the A321 offer capacity to grow in range and capability? And are we going to pursue that? Yes.”

This preference for incremental change contrasts with Boeing’s NMA efforts. “I don’t see cards in the unused deck to offer something new to the customer,” says Scherer, referring to the absence of new technological propositions that would justify the temptation to invest in a new aircraft programme.

“We’d rather save the $15 billion and reinvest in the technological step change that industry will have to go through in the not-too-distant future,” he says.

At the lower end of the single-aisle line, Airbus is pushing sales of its newly acquired A220.

“It’s a salesman’s delight this aircraft,” Scherer exclaims. “We see a lot of traction. It’s had a good take-off since Airbus took over – to the point where the USA reacted in a non-competitive way by threatening to impose tariffs.”

He says this “significant handicap”, restricting the ability to market the jet in the largest arena, “tells you the value of that aircraft”. The A220 has yet to be certificated in China. “Once the obstacles are removed in the USA and China, you can only imagine the success,” says Scherer. “We’re in the process of stabilising the industrial side of programme. On the cost side, the programme will honour all of its promises.”

Scherer indicates that Airbus will hold on to the A319neo because it costs little to retain and offers carriers fleet homogeneity, while the A220 offers the option of a completely new aircraft, and he says the two models do not necessarily need to be brought closer together with, for example, a more common cockpit.

Transition from the A220 to the A320 family is “not the base case”, he says, adding that Delta Air Lines and JetBlue Airways view the smaller aircraft as a model that effectively replaces Embraer E-Jets in a “much more efficient way”.

“The efficiency difference [between the A319neo and A220] is not big enough to warrant the death of one or the other,” he says. “You’re within a band of, say, 5% or so – the airline can do the calculations and decide. Being able to offer arbitrage is the solution.”

Airbus sees the A220 as an “integral part” of its narrowbody line-up but not necessarily the “natural successor” to the A320, and Scherer indicates that there is no intention to transition to an all-A220-based single-aisle family. “I certainly don’t look at it that way,” he says.

But Scherer does hold an ambitious outlook for the airframer over its next half century. “Airbus will be looked at as being the global enterprise, par excellence,” he believes.

“Today, we say we’re the European integrated enterprise. In 50 years’ time, people will say this is the ultimate global enterprise, a world citizen – not an ethnocentric company defending interests of this or that nation. At the risk of sounding a bit romantic, I think Airbus has the DNA for that.”