“Some months ago, the German MoD prepared a strategic defence capability roadmap, and they are looking for something to replace capabilities to fill the gap that will come with the replacement of the Tornado,” says Alberto Gutierrez, Airbus Group’s head of Eurofighter and combat aircraft programmes. “They have asked us to investigate what potentially could be the solution.”

Airbus believes the operational environment in 2030-2040 could require the use of a combination of manned fighters and unmanned aircraft. Described by the company as “mules”, the latter could perform roles such as reconnaissance, target acquisition, electronic warfare and even air strikes.

“We are currently working with the German air force on customer needs,” Gutierrez says. “We are thinking about something that will enter into service by 2030.”

Airbus Defence & Space’s early concept involves the use of a two-seat fighter, with one crew member to be responsible for command and control and manned-unmanned teaming tasks. 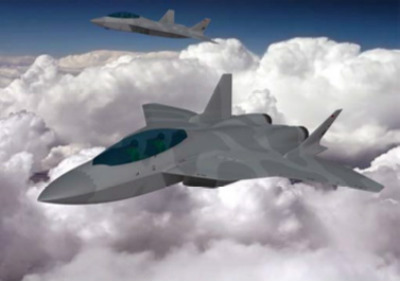 Speaking at the company’s Ottobrun site near Munich on 20 June, Gutierrez said: “What we cannot afford to do is a completely start-from-scratch aircraft. We are talking about the re-use of certain [Eurofighter] components and looking at what we are doing in our development cycles, for more prototyping. We are looking at a varying portfolio of new technologies.”

Gutierrez believes a joint development activity – such as that used on the four-nation Eurofighter programme – will “bring solidarity to our countries, and also secure our defence-industrial base and encourage growth".