Leonardo is nearing the end of the design phase for a pair of composite fuselage demonstrators for a future aircraft under the Green Regional Aircraft workstream of the EU’s Clean Sky 2 programme.

They are designed to assess the potential of using composite material for the structure – cutting both weight and manufacturing costs, and reducing the environmental impact throughout the aircraft’s lifecycle.

One demonstrator will be employed for fatigue and static testing, while the other will be used to assess how implementing advanced technologies can affect passenger comfort and safety.

Leonardo jointly owns ATR with Airbus, and produces fuselages for the turboprop programme.

Clean Sky says Leonardo’s aircraft division will produce both demonstrators, and the detailed design phase is scheduled to end later this year, ahead of manufacturing. Preliminary design work for the project began in 2018.

“Tests on specimens, elements and sub-components have already been carried out,” says Vittorio Ascione, who is responsible for structural engineering and analysis at Leonardo. 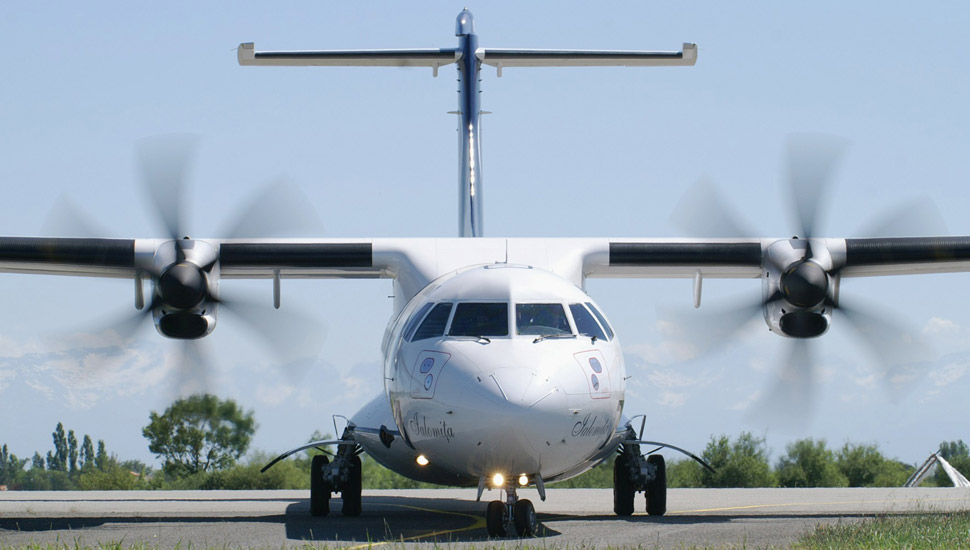 Noting that “aircraft affordability is a critical parameter for regional airlines”, Clean Sky project officer Ruud Den Boer says the project will follow a “new approach” under which the team will concentrate on “materials and how to integrate all the fuselage’s design elements together with the new doors, new windows, frames and a new floor grid”.

Production automation and how individual components can be integrated into larger assemblies are central elements to the project, which is aimed at reducing costs for composite aerostructures. These are currently much more expensive to produce than conventional aluminium airframes.

The project will also assess integration of sensors into the composite structure, to monitor its health and facilitate predictive maintenance for the airframe.

“Embedded sensors in the fuselage will also detect if there is an impact such as a bird-strike or interaction with debris on landings," says Den Boer.

“All of this will lead to the reduction of maintenance costs when eventually used in a production aircraft – but for now it is a technology development to assess if we can really produce this economically,” he adds.

The cabin demonstrator will be used in acoustic, vibration and thermal tests to assess comfort levels and how systems can be integrated in the structure.

Other projects under the Green Regional Aircraft programme include demonstrators of a full-composite cockpit section and inner-wing box, as well as new-generation wings and innovative flight controls.

Leonardo manufactures carbonfibre fuselage sections and horizontal stabilisers for the Boeing 787, and empennages for the Airbus A220.