UK competition regulators believe airlines could face higher prices but worse quality for on-board wi-fi as a consequence of the merger of satellite communications firms Viasat and Inmarsat.

Viasat unveiled a $7.3 billion acquisition agreement to take over Inmarsat in November last year, through a deal involving $850 million in cash, $3.1 billion in Viasat shares, and the assumption of $3.4 billion of debt.

But the UK’s Competition and Markets Authority says the companies “compete closely” in the aviation sector, notably in provision of wi-fi for passengers.

“While only some airlines currently offer in-flight connectivity, the availability of these services is expected to grow significantly in coming years,” it states.

Although other companies – among them Starlink, OneWeb and Telesat – are trying to break into this sector, the regulator describes it as “one of the most difficult” for satellite operators to enter.

Its initial investigation into the Viasat-Inmarsat tie-up has found “significant uncertainty” as to when, or even whether, these other suppliers might be in a position to offer effective competition.

“It can be very difficult for airlines to switch providers once they have installed a connectivity solution,” it adds. 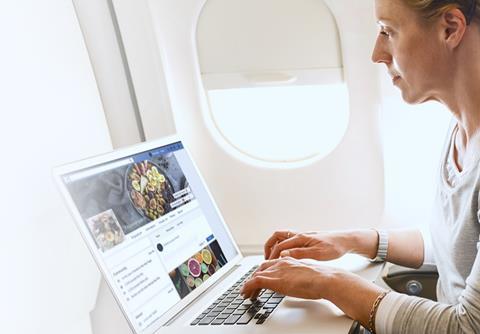 Viasat and Inmarsat could ‘lock-in’ airlines and exclude competition, the regulator fears

The combination of Viasat and Inmarsat would remove a major competitor and “effectively lock-in a large part of the customer base” before emerging suppliers could vie for the business.

“Ultimately, airlines could be faced with a worse deal because of this merger, which could have knock-on effects for UK consumers as in-flight connectivity becomes more widespread,” says Competition and Markets Authority senior director Colin Raftery.

These adverse effects could include airlines’ having to pay higher prices while being offered lower-quality connectivity.

Viasat and Inmarsat have five days to submit proposals to remedy the competition concerns, before the regulator considers whether to refer the case for in-depth investigation.