Icelandair Group has highlighted cargo activity as a strong performance area in the first quarter, a period in which the company generated a net loss of just over $30 million.

Revenues for the first three months of the year reached $57.3 million, a decline of 73%, but the company points out that cargo revenues increased by 64%.

Freight volumes, it adds, exceeded those from prior to the pandemic.

But international route bookings for the second quarter are “still weak”, it says, although it remains confident that a “moderate” ramp-up will emerge over the period.

It expects further capacity increases from the third quarter. “Given the current booking status, the outlook for the [fourth] is good,” it adds.

It puts overall liquidity at just under $282 million. 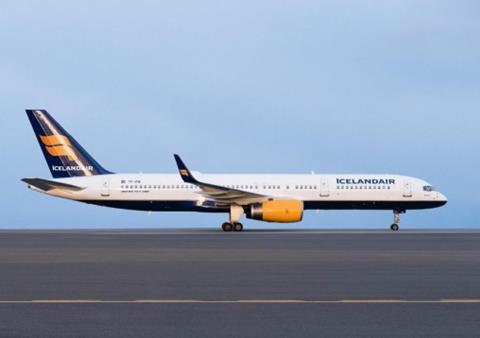 Icelandair Group’s integration of its mainline operator Icelandair with that of regional carrier Air Iceland Connect, completed in March, will provide some $3 million in cost synergies, the company states.

“Our domestic operation is showing signs of recovery,” he says.

“We believe that its integration into our international operations, completed in the quarter, will result in a stronger and more streamlined airline as well as improved services to our customers.”

Bogason says the outlook for the cargo activity “continues to be favourable”. He says that, through investment in the freight fleet, the company intends to increase cargo capacity in its markets and strengthen Iceland as a between-continent cargo hub.