Commission will not offer further contingency on EU airline ownership

No contingency measures will be put forward regarding ownership and control of European Union airlines as part of the preparations for potential absence of a future UK-EU relationship agreement.

While the European Commission is taking emergency measures to maintain basic air connectivity and safety standards from 1 January 2021, it is not proposing further contingencies for ownership.

EU carriers must be majority-owned by EU interests, which means that shareholdings must be adjusted to account for the UK’s becoming a non-EU member state.

While a regulation adopted last year foresaw a six-month grace period enabling carriers to take action to ensure compliance, this grace period was conditional on a carrier’s submitting a satisfactory plan to remedy its situation.

The Commission is unsympathetic to carriers which might have “omitted to adapt on time”, and says it will not introduce contingency measures which would give an unfair advantage to unprepared carriers over those which have already taken the necessary action.

Flights will be permitted between UK and EU destinations for a six-month period under the proposals put forward by the Commission on 10 December, as the prospects for a future UK-EU agreement receded.

But these services will be limited to third- and fourth-freedom – allowing aircraft to fly only from the UK to a single point and back – as well as overflights of EU territory, and non-traffic stops.

“Unless there is a contingency measure in place on air transport at the end of the transition period, air traffic between the EU and the UK will be interrupted,” the Commission points out. 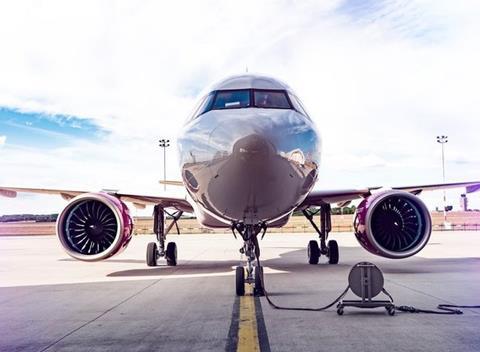 The proposed arrangements would be subject to the UK’s conferring equivalent rights to EU airlines, it adds, as well as a provision of “strong guarantees” on fair competition and enforcement of rights.

Without a UK-EU agreement by the end of the transition period, the design certificates issued by the European Union Aviation Safety Agency covering UK products would become invalid in the EU, forcing the grounding of EU aircraft using these products.

In response the Commission is proposing a continuation of the validity of certification beyond the transition period, which would apply to aircraft registered in the EU.

EASA has drawn up a list of third-country operator authorisations, covering multiple UK carriers including British Airways, Virgin Atlantic, EasyJet and Ryanair UK, which it plans to issue at the end of the transition period.