Cross-party parliamentarians in the UK have sharply criticised British Airways’ restructuring measures in the wake of the coronavirus pandemic, accusing the airline of a “calculated” attempt to use the crisis to weaken employees’ terms and cut jobs.

The transport select committee’s inquiry into the impact of the pandemic on the aviation sector has issued a harsh verdict against the airline, calling its attitude towards personnel a “national disgrace”.

“It falls well below the standards we would expect from any employer, especially in light of the scale of taxpayer subsidy, at this time of national crisis,” the committee says.

BA is consulting on cuts of up to 12,000 jobs and to downgrade the terms and conditions of approximately 35,000 employees, it states.

Parent company IAG’s chief executive, Willie Walsh, had stressed several times during testimony to the committee that the company had not made any final decisions on job restructuring, and stated – giving little detail on the numbers involved – that it was conducting its consultations in line with the law.

While the committee acknowledges that job losses in the airline sector might be “inevitable”, it has questioned the motivations of those that have already moved to declare redundancies – having heard from unions, including the pilots’ association BALPA, that carriers were trying to “take advantage” of the crisis to reduce their workforce unnecessarily.

Under-secretary of state for transport Kelly Tolhurst, in a statement to parliament on 3 June, had pointed out that the government’s job-retention scheme – under which it funds the wages of furloughed employees – was not intended as a mechanism to enable companies to prepare those personnel for redundancy. But the committee itself acknowledges that this practice is in line with the government’s own guidance, even if ministers disapprove.

Part of the problem, the committee notes, is that companies are having to make decisions without clarity information on the resumption of air travel.

It is urging airlines not to make redundancy decisions “prematurely” and to wait until there is “clearer information” on the recovery period, and avoid “hastily” proceeding with large-scale job cuts at least until the job-retention scheme ends in October. 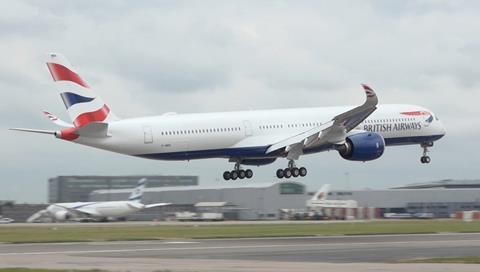 British Airways has been consulting on up to 12,000 job losses

BA’s consultation is due to end on 15 June, the committee says. It states that the airline is consulting on meeting minimum statutory obligations on redundancy pay, given the expense of enhanced voluntary redundancy, and to revise various aspects of employment procedures for remaining personnel. The airline is also discussing temporary lay-off for cabin crew and amended rostering for pilots.

If the carrier cannot reach agreement on the proposals, it would effectively make all staff redundant and re-employ a proportion of them under new terms – a process which has been described by unions as “fire and rehire”.

The committee is pressing BA to extend consultation periods to allow all parties to examine the staffing changes in the context of government plans to assist the air transport sector. But Walsh had already told the committee that the airline needed to act immediately to preserve jobs, and would not put the consultation on hold.

Walsh refuted the claim that BA and IAG were exaggerating the scale of the problems it faced, in a letter to the committee.

“However, he did not provide any reassurance that BA staff would have their pay, terms and conditions restored, should the company’s financial situation improve after the pandemic,” it adds.

Over half of BA staff, some 22,000 personnel, have been furloughed under the job-retention scheme and the airline had benefited from £35 million funding under the scheme by mid-May. The airline has also secured £300 million from the government’s corporate financing scheme for businesses affected by the coronavirus crisis.

BA has not approached the government for a bespoke funding support package, the committee notes.