Israeli flag-carrier El Al has been told it must sell aircraft and a substantial portion of its frequent-flyer programme as part of the government’s conditions for receiving financial aid.

The ministry of finance had indicated in August that it was prepared to offer conditional support to Israeli operators.

It has detailed its requirements in a 5 September communication to El Al, offering $50 million in return for the airline’s taking the “necessary steps” to improve its cash-flow.

The ministry says El Al must undertake a sale of aircraft, specifying the number and types involved and the timeframe for the transaction.

El Al must commit to selling a “significant portion” of the frequent-flyer programme, and provide details, the ministry adds.

The carrier also needs to reduce repayments of its financial debt in order to relieve the pressure on cash-flow over the next 12 months and will have to provide monthly updates on payments. 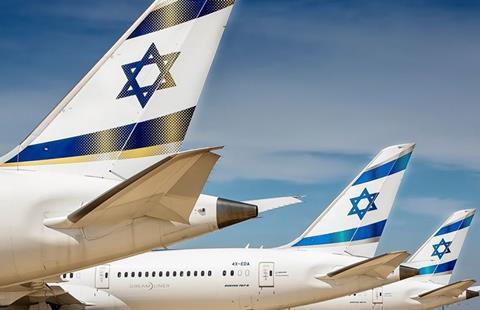 Support to El Al will be provided in quantities equal to an injection of shareholder capital.

The government will supply its share of the funding through convertible bonds, with the carrier’s either repaying the bonds at the end of the three-year aid period or issuing shares to the public to convert the debt to the government into equity.

Any government-held shares – which will not exceed 24% of the company’s stock – will “remain dormant” while in the hands of the state, says the ministry.

State assistance will depend on the controlling shareholder’s meeting its earlier obligation to put $43 million into the company, as a loan, under a previous agreement for advance purchase of air tickets for security personnel.

Further conditions could be added to the new agreement, says the ministry, which requires the signature of both sides and final approval from the Israeli government.