The operator had previously agreed a memorandum of understanding for the Rolls-Royce Trent XWB-powered aircraft.

Airbus says the company has formally firmed the deal for the twinjets.

The company recently established its own air freight operator, CMA CGM Air Cargo, to branch into the sector.

Airbus secured its first agreement for the A350 freighter – which will have a payload capability of 109t – during the Dubai air show, when lessor Air Lease agreed to take seven.

It has since obtained agreements for another seven from Singapore Airlines plus four for Air France. 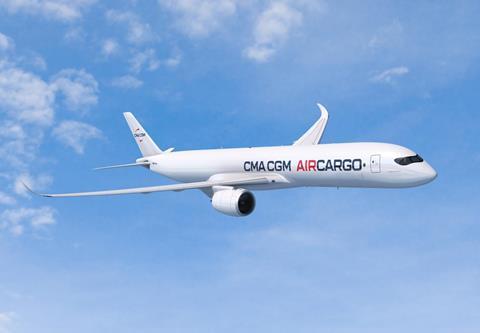