European court judges have thrown out a case against the state aid granted to French and Scandinavian carriers, which had been brought by budget airline Ryanair.

Ryanair had alleged infringement of non-discrimination principles as well as the obligation to weigh the benefits of the aid against its adverse effect on competition.

The European General Court says the French aid scheme – involving deferral of taxes – is designed to redress damage from an exceptional occurrence.

In a 17 February ruling it confirms the pandemic is an exceptional occurrence and “nor can it be disputed” that the objective of the French scheme is to “make good” the damage.

The court says the airline eligible for the French aid scheme are those most severely affected by French restrictions.

Extending the scheme to companies not established in France would not have enabled the rectification of the damage to French airlines “in so precise a manner and without a risk of overcompensation”, it says.

Conditions for granting the aid do not go beyond what is necessary to achieve this objective, according to the ruling, and the scheme does not amount to discrimination.

“[The court] finds that the amount of damage suffered by the beneficiaries of the deferral of the payment of the taxes is, in all probability, higher…than the total amount…of the deferral, so that the spectre of possible overcompensation must evidently be ruled out,” it adds.

Two other grounds for objection by Ryanair, relating to procedural issues, have also been dismissed for the French case. 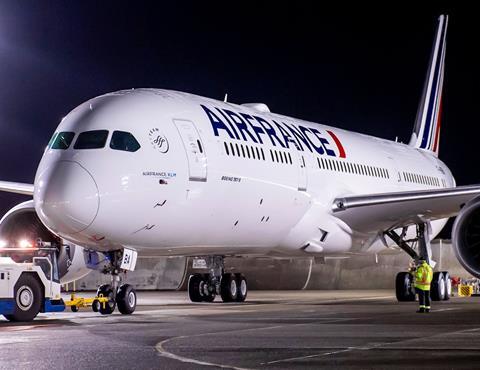 Ryanair had attempted a similar legal challenge to state aid to carriers in Sweden, centred on loan guarantees, but the General Court has rejected the budget airline’s pleas using much the same reasoning.

The airline had claimed the French and Swedish state aid measures respectively favoured Air France and Scandinavian carrier SAS over all other European Union operators, because of the nationality conditions attached.

Ryanair insists it will appeal the General Court rulings to the Court of Justice of the European Union.

“A nationality condition in a state aid scheme is plainly incompatible with the single market,” the carrier argues.

“We have no rich and powerful ‘home country’ to subsidise us in times of trouble. Nor do we want discriminatory aid. Our instinct in a crisis is to seek efficiencies and cost savings.”