Analysts from the UK’s Institute of Economic Affairs think-tank have argued that governments could have helped contain the pandemic by allowing a “natural collapse” of the airline industry, rather than permitting huge bail-outs.

The institute has published a study – entitled The Future of Transport After Covid-19 – which looks at the impact of the pandemic, and changes to consumer behaviour, on various transport modes, including aviation.

It highlights the relaxation of European Union state-aid rules, which enabled large rescue packages to be dealt to airlines, but says this amounted to a “contradiction at the heart of government policies”, given the role of air transport in conveying the contagion.

“Vast amounts of taxpayers’ money have been spent bailing out aviation when this sector was central to the spread of the virus,” says the study.

“Effectively, governments have been subsidising the pandemic.” 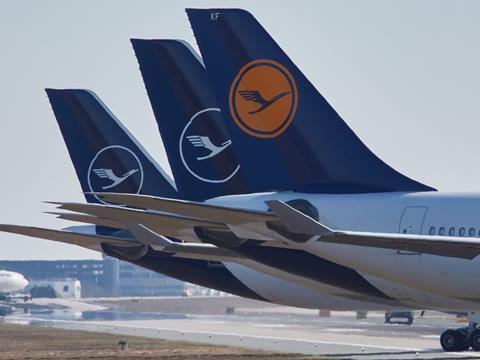 According to the IEA, bail-outs to European carriers totalled €42 billion by April 2021

Liberalisation of the air transport sector, as a result of strong political pressure, contributed to the emergence of further waves in Europe and the re-introduction of travel restrictions, the study states, while rescue packages have “exacerbated” the issue of unfair competition from state-backed carriers – with taxpayers potentially being left to shoulder debt write-off if the industry’s difficulties persist.

“In the absence of state intervention, it is plausible that vast swathes of the aviation sector – airlines, airports and suppliers – would have gone bust in the aftermath of the first wave,” the study says.

“Notwithstanding the negative impact on employees, shareholders, suppliers and so on, a ‘natural’ collapse of the aviation sector might have helped to contain the pandemic.”

This might have led to benefits elsewhere in the economy, pushing out inefficient airlines and enabling resources to be redirected to leaner carriers and new entrants.

While aviation has brought economic benefits as well as negative consequences, it remains an industry subject to high levels of government intervention, the study says, and the pandemic could “change perceptions” in regard to trade-offs and lead to policies “more hostile” to the sector – particularly given the pressure to meet environmental targets.