IAG is confident that it can rebuild its long-haul low-cost operation Level from Barcelona once the air transport crisis subsides.

Level’s operations have been badly affected and “very limited”, says IAG, reduced only to Buenos Aires services in the first quarter, although it re-introduced flights to San Francisco in the second.

But IAG chief executive Luis Gallego, speaking during a first-half briefing on 30 July, said he believed “opportunities are there” for Level.

He thinks there is “room for 10 aircraft” from Barcelona as soon as restrictions are lifted and demand can be recovered.

Level, which operates Airbus A330-200s and falls within the Iberia business unit, is being used by IAG for cargo charters as well as passenger services.

No financial performance data for Level has been disclosed, because the carrier does not exceed the quantitative thresholds for reporting. 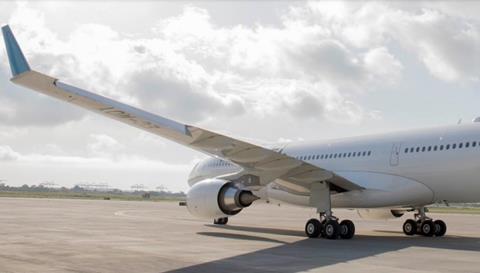