Outgoing IAG chief Willie Walsh has warned that obtaining liquidity will offer a false sense of security to airlines unless they fundamentally adapt their business to reflect a different post-crisis market.

Walsh points out that British Airways’ second-quarter operating loss of £711 million eclipses that of previous crises – including the £187 million loss for the quarter immediately following the 11 September attacks in 2001 and the £309 million loss for the first three months of 2009, when the company suffered from the global financial downturn. 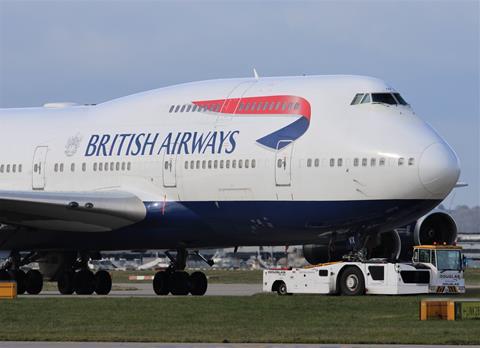 “Nobody questions the fact that [these events] led to permanent structural change and required structural response,” he said during a half-year IAG briefing. “Our view is the industry has structurally changed [again].”

Walsh expects the leisure market to return ahead of business travel, adding that he foresees a “change in structure” of the business market. The high proportion of premium seating in the British Airways Boeing 747-400 fleet, he states, was “a factor” in its withdrawal and retirement.

IAG has taken steps to shore up its financial defences and is planning a £2.75 billion capital increase.

“Liquidity is very important, but what you do with it is even more important,” Walsh stresses.

“Anybody who believes that this is just a temporary crisis and can be resolved through temporary measures is misguided.

“We’re focused on our liquidity but, more importantly, we’re focused on restructuring the business to ensure we’re in the right shape for the future.

“I worry for some of the others in the industry who are looking at strong liquidity and are not responding to the structural change that will be necessary.”

Walsh indicates that he is not convinced that Air France has taken sufficient steps to deal with previous pressures on its business model, even before the current crisis.

Air France-KLM has secured a financial support package worth over €10 billion from the French and Dutch governments and states that it had €14.2 billion in cash to “weather the crisis and restructure the business” at the end of June.

British Airways has been heavily criticised by the Unite trade union since it disclosed it would hold consultations on up to 12,000 job losses, criticism which has increased since the airline reached a deal with its pilots.

The Unite union claims BA has taken a “more constructive and transparent approach” with its pilots than with other airline personnel.

Walsh appears unmoved by the condemnation.

“I think [Unite] entered into this crisis with the view that this was just a temporary downturn – that they believe we could get through this by making some short-term measures, which everybody is prepared to do,” he says.

“But I think they’ve been completely out of touch with the reality of the situation, given the scale of the challenge we face. That’s why it’s helpful to go back and remember what happened in 2001 and 2009.”

Obtaining liquidity without applying structural reform carries a risk, he believes. “I think it’ll be interesting to see the rate at which some of those companies burn through their cash as we go through the rest of this year,” he says.