Air France-KLM Group carriers KLM and Transavia are to exchange data on disruptive passengers in order to impose mutual penalties irrespective of the airline involved.

KLM claims the arrangement is the first in the world to involve such data-sharing, and the operators are seeking to broaden the initiative to other operators.

The data exchange has not been straightforward. Even though KLM and Transavia are sister carriers under the same parent, finding a way to share the data has meant working through “complex, and sometimes confusing, regulations”, says KLM.

“Even so, [we] have managed to align [our] policies and processes so that [we] can share banned-passenger data while respecting existing privacy rules,” it adds.

The two airlines will ban unruly passengers for five years. 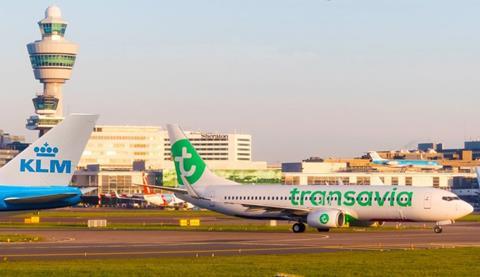 KLM says this policy “widens the scope” of no-fly measures, and makes such behaviour “less likely” on flights operated by other carriers.

“There is an urgent need for this intervention,” says KLM executive vice-president for in-flight services Paul Terstegge.

“Unruly passengers have a major impact on other passengers and our staff.”

The problem of disruptive or violent passengers, especially those who are intoxicated, became particularly acute during the pandemic when mask-wearing was mandated, but unruly behaviour has also evolved with the spread of mobile technology.

KLM says it receives an average of five complaints per month which lead to a ban, and Transavia at least one.

“Although the number of complaints declined after the pandemic, airlines are seeing another surge,” the carrier adds.

KLM describes the data exchange with Transavia as a “first step”, and that it wants to explore political avenues to expand the initiative both within the Netherlands and – if possible – across Europe.

“Unfortunately, legislation is lacking in many countries or the regulations are so fragmented that it is impossible to share data in a manner that promotes flight safety,” it states.