It centres on the injection of $8.19 billion of new equity, convertible notes and debt to provide the company with sufficient capital to undertake its business plan.

LATAM will have liquidity of $2.67 billion and total debt of about $7.26 billion when it emerges from Chapter 11 protection. 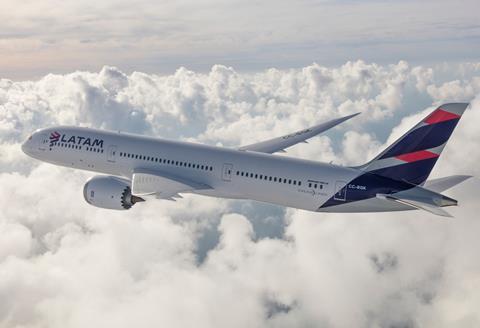 “The group has determined that this is a conservative debt load and appropriate liquidity in a period of continued uncertainty for global aviation and will better position the group going forward,” it states.

LATAM will initiate an $800 million rights offering, open to all its shareholders, which will be “fully backstopped” by those participating in the restructuring support agreement.

It will also issue three classes of convertible notes which will be pre-emptively offered to its shareholders. Notes in two of these classes will be provided in consideration of a new money contribution of an aggregate $4.64 billion.

LATAM will complete the funding by obtaining a $500 million revolving credit facility and $2.25 billion in new debt financing, either through a new loan or new bonds. It will also refinance or amend other facilities.

If a court evaluation in January determines that the materials are sufficient to proceed, the company will seek the required number of votes to approve the plan, and has requested that a confirmation hearing – the final step before emergence – takes place in March 2022.

LATAM says the plan will strengthen its balance sheet and liquidity, and provide the capital structure necessary for its operations.

“While our process is not yet over, we have reached a critical milestone in the path to a stronger financial future,” says LATAM Airlines Group chief Roberto Alvo.

He says a “robust” mediation process has enabled the parties to reach this point, adding that it provides “meaningful consideration to all stakeholders” as well as a structure that complies with US and Chilean law.

“Their infusion of significant new capital into our business is a testament to their support and belief in our long-term prospects,” says Alvo.

LATAM expects five seats on its board to be held by the unsecured creditor group – known as the Parent Ad Hoc Group – and four to be held by shareholders participating in the restructuring support agreement. Shareholders include Delta Air Lines, the Cueto Group, the Eblen Group, and Qatar Airways Investment.