Russian carrier NordStar has entered a tie-up with regional operator KrasAvia, a consortium intended to increase air transport access for the area.

President Vladimir Putin had supported a proposal to establish a base carrier at Norilsk – a designation which has been granted to NordStar – and create a co-operation to ensure connections to remote northern and Arctic territories.

The two airlines have signed a package of agreements to determine commercial and production aspects of the pact.

These include joint operation of the airlines, training of crews, and maintenance of their fleets.

Rosaviatsia says an agreement has been reached during the establishment of the consortium to transfer the five ATR 42s to the region, enabling the KrasAvia fleet to be modernised.

Krasnoyarsk-based KrasAvia had already started updating its fleet with the acquisition of a pair of ATR 72-500s. The airline also uses Yakovlev Yak-42s as well as a variety of Soviet-era turboprops. 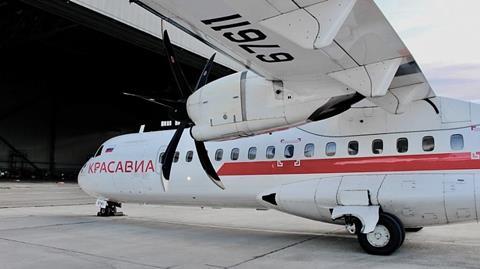 KrasAvia’s fleet is being updated with ATR turboprops

NordStar says the tie-up will aim to prevent “transport isolation” of Norilsk and develop the city’s airport as an internal hub. The carrier will provide a guaranteed volume and frequency of flights while a fare cap will be set.

Director general Leonid Mokhov adds that the agreement provides the possibility of network expansion to sought-after destinations, pointing out that NordStar will open a Norilsk-Chelyabinsk route in May this year. 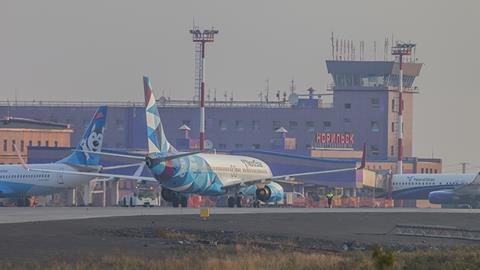 NordStar has been designated the base carrier for Norilsk

Krasnoyarsk territory governor Alexander Uss says that normal market mechanisms “do not always work” in the region, and that the agreement is a “constructive” tie-up to support the strategic aim to develop the northern territories.

While NordStar has been designated the base carrier, Rosaviatsia says this “does not negate the possibility of other airlines operating in Norilsk”, and surplus slots will be allocated once the schedule for the main company is fixed.