Norse Atlantic Airways has reached agreement on subleasing a fifth Boeing 787, for a term of 18 months.

The airline is building a fleet of 15 787s, with 13 already delivered, but it agreed earlier this year to sublease four of them to Spanish carrier Air Europa.

It states that it has signed a term sheet for subleasing a fifth – a 787-8 variant – although it has not identified the lessee.

“The agreement will increase total cash profit during the sublease period,” says Norse.

Norse is intending to operate 10 787s for its summer 2023 season. It expects to receive the last pair from its overall fleet of 15 before the end of this year.

All 15 are on long-term flexible lease terms, says the carrier, agreed when lease rates were at “historical low prices” last year. 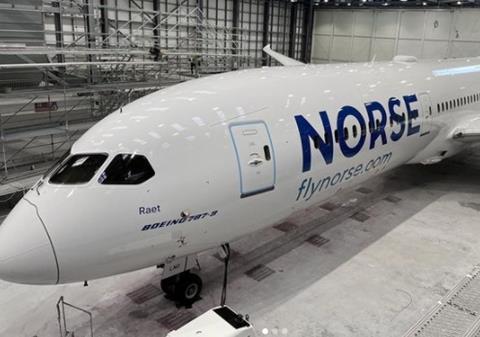