Ryanair chief executive Michael O’Leary insists that concerns over rising inflation and recession on its business have been “greatly exaggerated”.

“As the lowest-cost producer in Europe, we expect to grow strongly in a recession as consumers won’t stop flying – but rather they will become more price-sensitive,” he says.

“Our very strong [post-pandemic] recovery shows that price will continue to drive market-share gains as we add low-cost, more fuel-efficient, aircraft to our fleet over the next four years.” 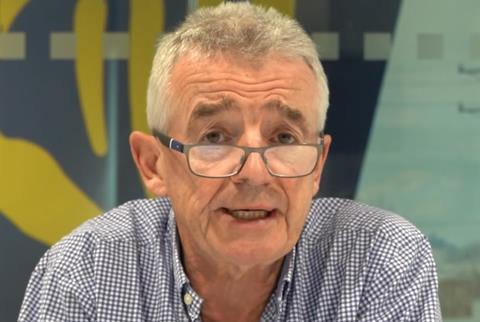 O’Leary argues that, over the course of the pandemic, short-haul capacity has undergone a “considerable contraction” and claims that much of this capacity “will not return in the medium term”.

“Consumer propensity to travel remains high in Europe as a result of full employment, rising wages and two years of pent-up-demand and accumulated savings,” he says.

“We expect these strong fundamentals will continue to underpin robust traffic and average fare growth for the next 18 months at least.”