Thirty-three of the 35 aircraft and helicopters at the centre of a lease payment dispute involving Russian carrier SKOL have been assigned to new operators.

The initial seized aircraft, an Mi-8 in Perm, has been reassigned to a new lessee, Eltsovka aviation enterprise, which performs a wide range of helicopter services.

“[Eltsovka] will continue to perform medical tasks in the interests of the Perm region,” says GTLK. 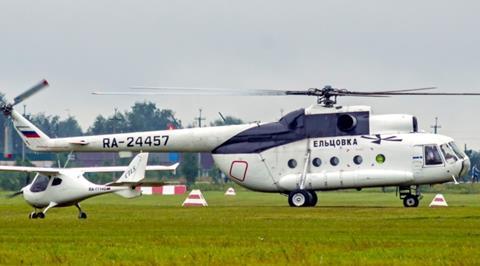 It has also identified other operators with which it has signed agreements over the repossessed SKOL aircraft – among them PANH Helicopters, AeroGeo, Russian Helicopter Systems, Vector, and Abakan Avia.

GTLK terminated leases on 35 of SKOL’s aircraft after claiming that the carrier was heavily in debt regarding lease payments – putting the total figure at Rb4.2 billion ($58 million), including penalties – and efforts to resolve the dispute had been unsuccessful.

SKOL provides medical helicopter transport within Russia and the lessor says it is “working in constant close contact” with the country’s health ministry to ensure “seamless” transfer of equipment and “prevent disruption to medical aviation work”.