Smartavia says the decision to put Anatoly Semenyuk in charge – succeeding Sergei Savostin – is intended to “strengthen” the airline’s operating structure during the transport crisis.

Savostin, one of the airline’s shareholders, will instead chair the board of directors and focus on strategic matters.

“The current crisis requires strengthening of the company, by a manager with extensive specialised experience in production,” he says.

He adds that the carrier needs to be led by someone “well-acquainted” with issues of maintaining aircraft airworthiness and flight safety.

Semenyuk was formerly the chief of Nordavia, before the carrier rebranded under the Smartavia name.

He led the airline from August 2016 to November 2018. Previously he held technical positions with Kavminvodyavia, Red Wings, and Utair. 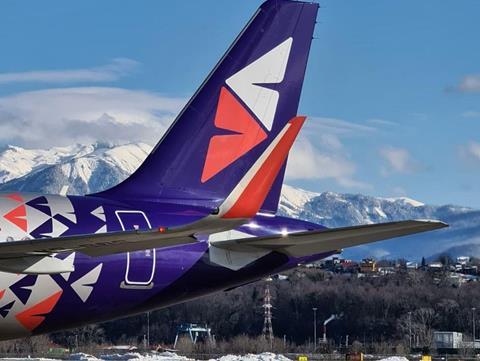