Swiss is set to become the first carrier to use ‘sun-to-liquid’ carbon-neutral fuel, kerosene which will be produced through the application of concentrated sunlight.

The Lufthansa Group airline is collaborating with specialist Synhelion to bring the solar aviation fuel to market.

“We are supporting Swiss innovation and are actively pursuing and promoting the development, the market introduction and the scaling-up of this highly promising technology for producing sustainable fuels,” says Swiss chief executive Dieter Vranckx.

Concentrated solar head is used to manufacture synthetic gas, which is then industrially synthesised into kerosene.

“This sun-to-liquid fuel closes the fuel carbon cycle,” says Swiss. “When combusted, it will only produce as much carbon dioxide as went into its manufacture. 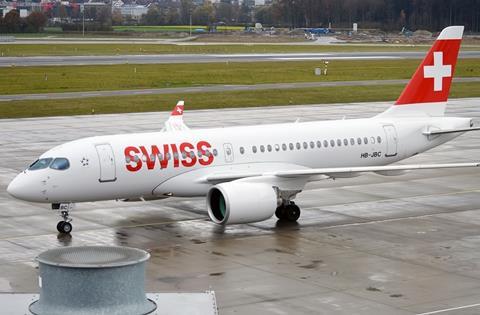 Vranckx points out that biofuels have “limited availability” at present, and alternative sustainable fuel sources are needed.

Synhelion is to build a German production facility for solar fuel at Julich, west of Cologne, this year and Swiss will become its first customer in 2023.

Lufthansa Group and Swiss will also support development of a Synhelion facility in Spain.