Portuguese flag-carrier TAP’s management has signalled that it is losing patience with union sniping over the airline’s efforts to keep its restructuring programme on track.

TAP has acknowledged the difficult conditions – including large cuts to salaries – which were imposed as part of a restructuring scheme approved by the European Commission.

Its executive committee insists that the agreements, which run to 2025, cannot revert to a “blank slate” despite increasing pressure from unions over the last few months and several public statements levelling provocative accusations at the company.

Nine unions jointly argued in late May that TAP was progressing towards restoring 90% of pre-pandemic activity, claiming this was two years ahead of government expectations – and this meant the restructuring was “out of step with reality” and unjustified, and workers were suffering “serious damage” by continuing to finance it.

This followed previous belligerent remarks from the aviation union Sitava, questioning the executive committee’s abilities, accusing it of “open war” on workers and insisting TAP staff were not “cannon fodder”. 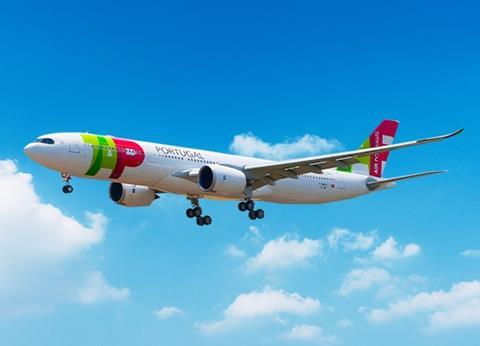 But TAP appears to view such comments as rhetoric, and says that – while it “keeps the doors open” for “serious and constructive dialogue” – it refuses to engage with unions through public statements intended to generate headlines.

The executive committee says it “regrets and repudiates” continuing attempts by some unions to attack its credibility and competence” through out-of-context, and even “completely false”, commentary.

“Management of any company is evaluated not by union press releases but by the results it presents,” the committee states – adding that these results are audited and verified. The airline will present a first-half financial update on 23 August.

TAP says unions demonstrated responsibility by agreeing the restructuring measures, and says the carrier will “finally be able to restore salaries fully” from 2025.

But it also stresses that TAP’s survival rests on the programme, that the airline’s management is “committed” to following it, and points out that the restructuring “does not begin, nor does it end” with the salary cuts of staff – the carrier having strived to reduce costs in “all areas” of its operation.

TAP also says that it is having to bear the burden of sharply-increasing expenditure outside of its control, such as fuel costs, which have a “significant impact” on its balance sheet.