Italian transport unions are claiming that leisure carrier Blue Panorama has suspended operations, adding to a list of airline casualties in the country.

Blue Panorama has a fleet which includes Airbus A330s and Boeing 737-800s, according to Cirium data.

The carrier has had a turbulent history, having been resurrected in 2016 after the previous airline – operating under the same name – ran into financial problems. It was acquired by Uvet Group in 2017.

Blue Panorama has been operating under a commercial brand called Luke Air, and started bringing into A330s – stationed at Milan, Warsaw and Prague – to replace Boeing 767s.

While Uvet and Blue Panorama have yet to clarify the situation, three Italian unions have stated that the airline company has “suspended its flight activities” and become the “umpteenth victim” of the Italian air transport crisis. 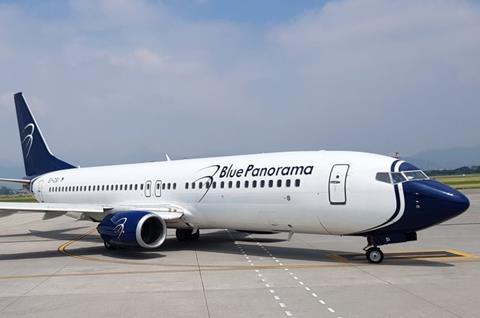 The FIT-CISL, Uiltrasporti and FILT-CGIL unions point out that Alitalia has recently halted services – to be succeeded by state-backed ITA – while carriers Ernest Airlines and Air Italy stopped operating last year.

“The crisis situation in the entire sector is worsening,” the unions state, adding that “urgent” discussions are necessary to find “social safety nets” for 2022.

“It is a priority to address the industrial issue and the major crises connected to it.”

All three unions also point out that the effect on airport services, such as ground-handling and catering, must also be addressed “since tens of thousands of jobs are at risk”.