Utair has become the latest Russian operator to begin shifting aircraft onto the country’s domestic registry.

The airline has re-registered a Boeing 737-500 – previously operating under Bermuda oversight as VQ-BJL – to the Russian RA-73048.

Utair passenger airline president Oleg Semyonov says the company aims to transfer “most” of its fleet, including 18 737-500s and six 737-400s, to the domestic registry by summer next year.

He says new certification centres for aviation systems in Russia are supporting the measure.

Utair applied the new registration to the 737 in Ufa, where it has a maintenance and repair centre, TS Technik.

The carrier says it will conduct the first flight with the aircraft under its new registration from Ufa to Surgut. 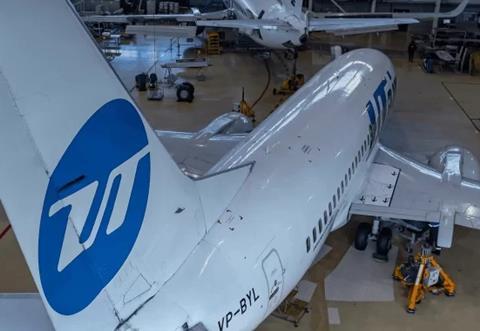