Volga-Dnepr founder quit post at CargoLogicAir ahead of UK sanctions

Alexey Isaykin, the founder and president of Russian cargo specialist Volga-Dnepr Group, has resigned as a director of UK-based freighter operator CargoLogicAir (CLA).

Documents filed in the UK show that Isaykin terminated his directorship on June 17. The business is also now without a company secretary, with the incumbent, Clyde Secretaries, having resigned on 27 June. 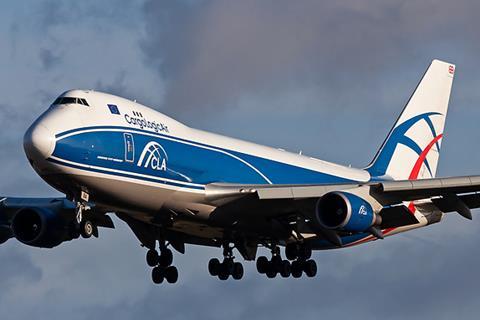 Soviet-born entrepreneur Isaykin, who has Cypriot citizenship, controls UK-registered Cargo Logic Holding, which is parent to CargoLogicAir and CargoLogic Germany.

He remains a director of Cargo Logic Holding and Volga-Dnepr UK, according to Companies House documents.

CargoLogicAir’s two aircraft have not flown since March following the outbreak of the Ukraine war.

One of the airline’s Boeing 747-400 freighters (G-CLBA) appears to be stranded at Frankfurt Hahn Airport with the airline reportedly facing an EU airspace ban as part of the bloc’s response to the Ukraine conflict.

Cirium fleets data lists the second 747-400F (G-CLAA) as being stored at Pinal Air Park in the USA since late March.

Sister company CargoLogic Germany’s fleet has also been grounded for much of the year as a result of the airspace ban and the company has entered insolvency.

Meanwhile, Isaykin was two weeks ago included in sanctions issued by the UK and faces an asset freeze and travel ban.

The UK Foreign Office said that Isaykin is president and board member of Volga-Dnepr Group, a “Russian transport company with significant air operations that is contracted by the Russian Government to create air bridges that carry critical goods”.

An asset freeze prevents any UK citizen, or any business in the UK, from dealing with any funds or economic resources which are owned, held or controlled by the designated person.

It also prevents funds or economic resources being provided to or for the benefit of the designated person.