The case for higher seat-count configurations on the A380 is growing as interest in more dense arrangements gains momentum among airlines and lessors. Malaysia Airlines is to re-configure its A380s in to a 700-seat layout for pilgrimage flights, while lessor Doric is considering offering the type for charter operations.

With more importance being put on utilising the double-decker’s floor space as efficiently as possible, Airbus is studying a package of cabin developments which could add up to 80 more seats compared with current configurations.

Airbus has delivered 208 A380s to 13 customers, and these aircraft are typically configured in three- and four-class layouts with seat counts as low as just over 400 to around 540. Emirates has a higher density arrangement on some of its A380s, with seating for 615 passengers in just two classes – 58 in business and 557 in economy. 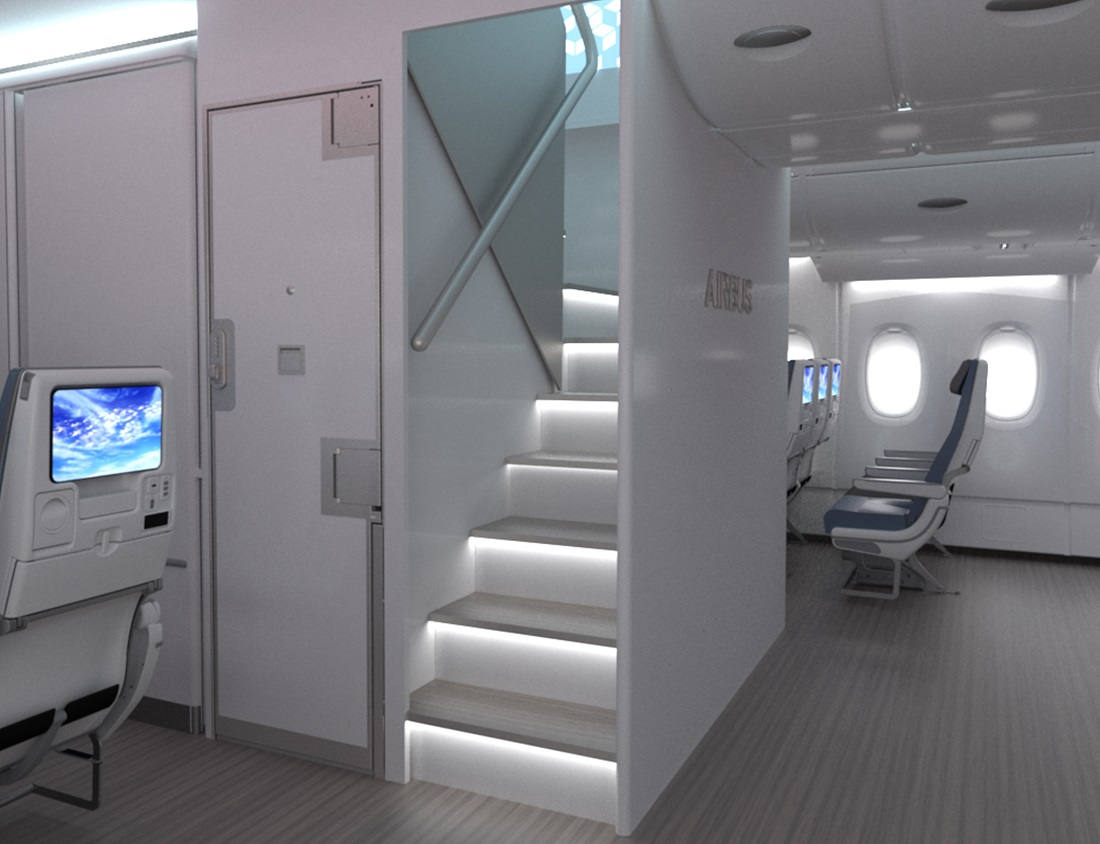 Airbus formally unveiled an alternative forward staircase design (above) for the A380 at Aircraft Interiors Expo yesterday, part of a package of measures to increase accommodation on the double-deck type. This sits alongside the long-running proposal to incorporate an 11-abreast seating arrangement on the main deck.

The alternative forward staircase design would replace the existing straight stairway (below) with a more compact installation, set side-on to the aisle. This is more in line with the spiral design of the early Boeing 747 than the sweeping flight at the main-deck passenger entry door. 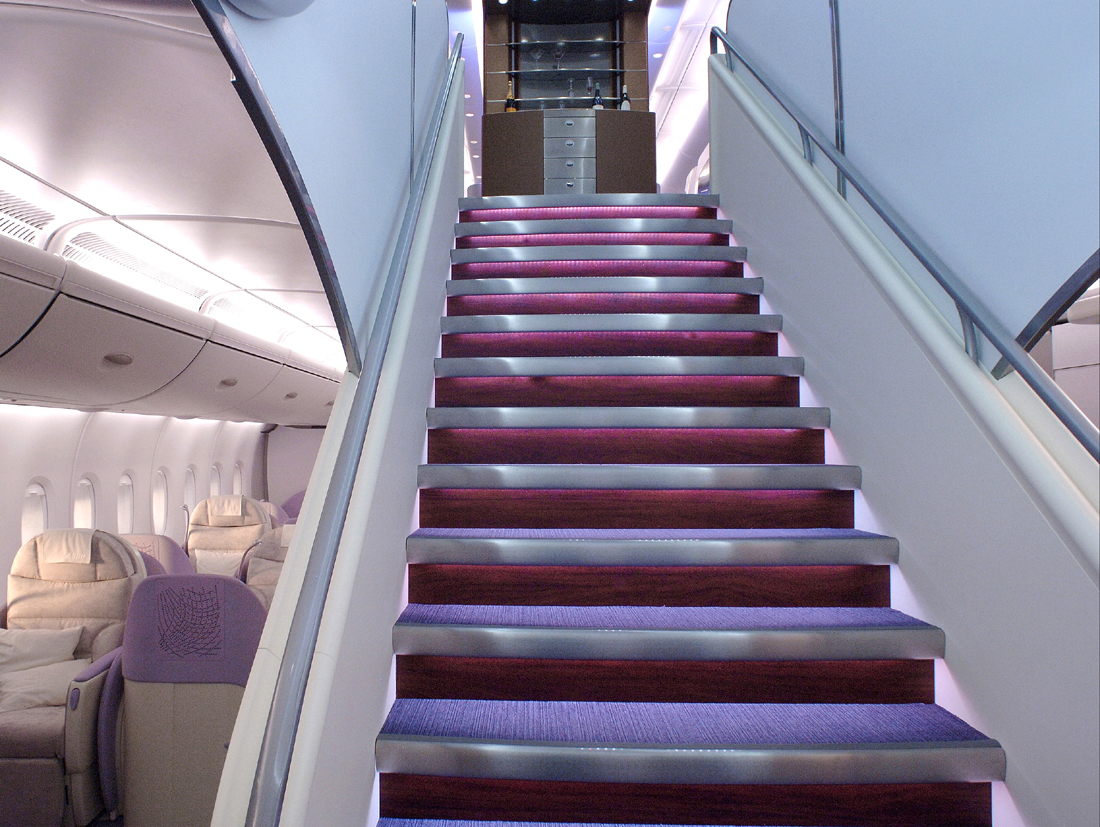 Airbus says the redesigned staircase could allow for another 20 seats in the aircraft, although it currently remains a project development study. The manufacturer was looking to provide another 25m² of floor space compared with current deliveries.

Airbus has previously revealed studies to redesign the aft staircase and remove the sidewall stowage on the upper deck, which together could allow room for 20 extra seats.

Fitting an 11-abreast economy and nine-abreast premium-economy configuration would allow another 34 seats while a combined crew rest – which has been selected by some customers – could permit another three.

MAS is spinning off a subsidiary which will operate its fleet of six A380s as high-density 700-seaters on religious pilgrimage flights. The aircraft currently have 496 seats. The move came after MAS was unable to dispose of its A380s on the secondary market through sale or lease deals.

MAS will cease operating the A380 by the third quarter of 2018 and the aircraft will then undergo seat refurbishment work, with the first pilgrimage flights expected to start by January 2019.

Meanwhile lessor Doric which has a portfolio of A380s leased to their original operators is considering a strategy to offer the type as an ACMI operation. Doric is understood to have acquired seats from Lufthansa for the reconfiguration of the cabin as it prepares to remarket the aircraft.

To convert the A380 from a charter aircraft configuration with a single-class or two-class configuration is not cheap. One remarketing agent estimates that the cost of converting from three-class to charter configuration (mostly economy and some premium economy) would carry a cost of between $15 million and $20 million per aircraft.